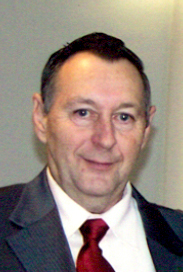 Gerald A. “Jerry” Swegard 74, of Powhatan Pt, Ohio passed away Tuesday August 9, 2016 at his home in the presence of his supporting family.

He was retired from the former North American Coal Corporations #5 Mine and attended the Amity United Methodist Church, Steinersville, OH.

Preceding him in death, in addition to his parents, was a daughter, Susan Lynn Swegard and a son, David Bryan Swegard.

Family and friends will be received, 3-5pm. and 6-8pm. Thursday at the Bauknecht-Altmeyer Funeral Homes and Crematory, 186 Main Street, Powhatan Pt. Ohio where Funeral Services will be held at 11 am Friday with Pastor Steven Rice Officiating.

Condolences to the Swegard family. Our thoughts and prayers go out to your whole family. Psalms 147:3 says God, “heals the broken hearted, and binds up their wounds.” May God bring you comfort and peace.

Jerry, so sorry to hear about the loss of your Dad. Prayers to you and your family! Joe and Shari

So sorry for your loss. Prayers to all during this difficult time. May you find comfort in fond memories.

So sorry for your loss, prayers for the family.
Rest in peace Jerry

Mary Ann and family, So sorry to hear about Jerry. I have a lot of wonderful memories spent with your family. I will be sending prayers and thoughts to you in your moment of loss.