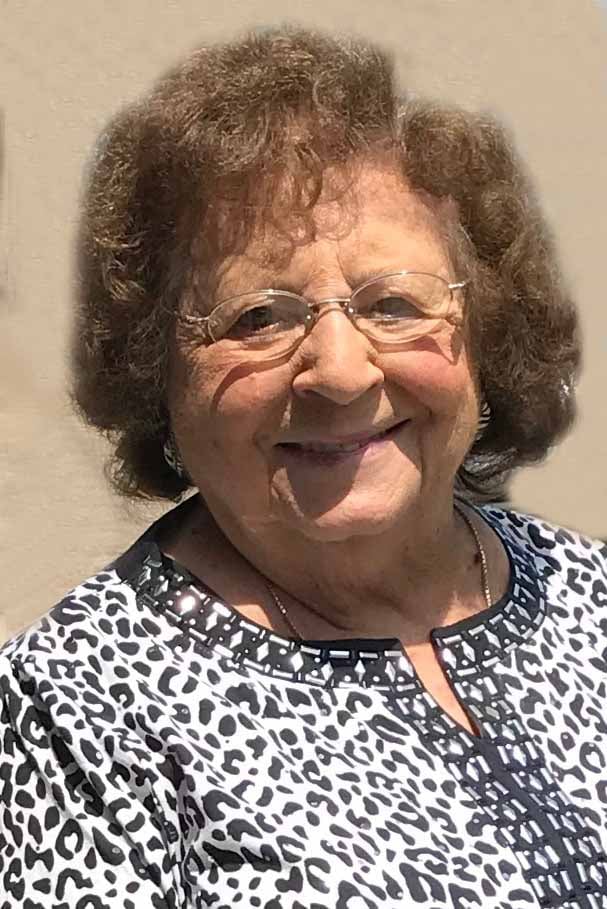 She was born November 9, 1922 in Bellaire, OH to the late Mariono and Clara Mosti Volpini.

Gilda was a member of St. John’s Catholic Church, was employed by Harts and The Big Bear Company from 1963 to 1997, a member of the Ohio Valley Chorale, a volunteer at Wheeling Hospital, a member of the Bellaire Sons of Italy, and was named Italian American of the Year in 2012.

In addition to her parents, she was preceded in death by her husband, Ralph L. Reed, infant son, Keith Reed, siblings Sam Volpini and Theresa Volpini.

Family and friends will be received at the Bauknecht-Altmeyer Funeral Homes & Crematory at 441 37th Street Bellaire, OH 43906 on Monday December 20, 2021 from 3pm to 8pm. Services will be held at 11:00 AM, Tuesday December 21, 2021 at the Bauknecht-Altmeyer Funeral Home – Bellaire Chapel with Reverend Wesley Howsare. Interment to follow at Mt Calvary Cemetery, Bellaire Ohio.

Memorial contributions may be made to the Sons of Italy Scholarship Fund or to the Royal Family Kids Camp by going to TMCFunding.com

Dance with the angels. You are an eternal star that glows! RIP, Gilda. You are beautiful!

I’m so sorry to hear your mom passed, she was a wonderful lady and I enjoyed talking to her. My prayers and thoughts are with you.

Dear Reed family, We were saddened to hear of Gilda’s passing. She was a special lady and will truly be missed. Heaven is rejoicing! Sending gentle thoughts and prayers. With much love, Nora, Brenda, Vicki, & Lisa

What a special lady Gilda was! I don’t ever remember her having anything other than a smile on her face! Deepest condolences and prayers for the family

Sorry for your loss your mom was a wonderful person

Gilda was truly a gem! I could tell that she really loved life, and she loved people. Her smile and her laughter will remain in my heart, as I’m sure they will remain in your hearts.

May God’s peace and blessings be yours during this most tender season; and may He give you many lovely memories, so that you may always have roses in December.

Your mom was a true gem of a lady. Memories of her from our childhood and beyond. She always had a smile and hug to share! I can see her dancing in heaven now. God bless you all. So sorry for your loss ❤️

I am so sorry to hear of the loss of your dear mother. Please accept my sincere condolences and prayers for your family as you grieve her loss and celebrate her life. You were blessed to experience her longevity. Cherish those memories. Lynn

GILDA WAS MY IDOL,I LOVED HER.I LEARNED FROM HER,AND WE LAUGHED A LOT TOGETHER.THE WORLD LOST A BEAUTIFUL LADY.

We are very sorry for your loss. Gilda was a special lady. Sending our deepest condolences. Rest In peace.
Rose Busack, David, Annette & Clayton Witchey