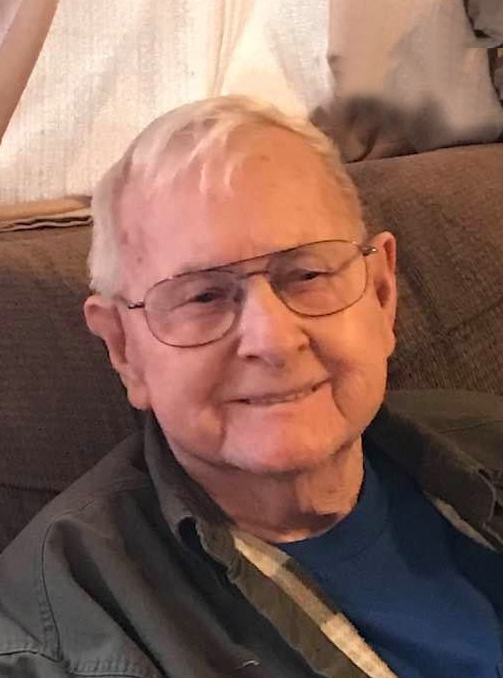 He was born in Steinersville, Ohio on July 10, 1934 son of the late Alfred C. and Mary Chambers Baker.
Glenn was a retired coal miner with North American Coal and Consol’s Quarto Number 4 Mine, a Methodist by faith and a US Army veteran.

In addition to his parents, he was preceded in death by his wife, Valerie M. “Nan” Baker on May 31, 2018, sisters, Celestia Doty, Stella Saner, Eleanor Boger and Leanna Piper and brothers, Brady, Dale, Kenneth and Junior Baker and son-in-law, Harold Richmond.

Family and friends will be received at the Bauknecht-Altmeyer Funeral Homes & Crematory 186 Main Street Powhatan Point, Ohio on Monday from 2 until time of services at 6 pm with Rev. William Coker, Jr. officiating.
Powhatan Veterans Honor Guard will confer Full Military Honors at 5:45 pm.

Memorial contributions may be made to the Disabled American Veterans (DAV) by going to TMCFunding.com.

Share your thoughts and memories with Glenn.’s family at www.bauknechtaltmeyer.com

For 39 years your was here with me. You was the person who gave me the nickname boo. I loved when we would sit in the porch and you would talk about how the raccoons are eating your birdseed and chasing all the birds away, and also the blue birds that you didn’t like. Then you and the garden that everything had to be a certain way. You loved that garden and I hope that now you are at peace I how you have one of the most biggest gardens that are always in bloom and groaning. Then you tell me that when I got my Jeep Compass that we are twins.

A note from Ayden (red) make sure that you keep the grass cut with your John Deere where you are now. Ayden loved the fact that you have John Deere . He would always say when he got his green John Deere shirt his Pappy Baker got it for him. He had 11 wonderful years with you and wish there was more on earth but he knows you will always be with him in his heart.

Then for 16 years Kelsey Jo had you she was so proud to take art , and you always told her to never give that up because she has a talent for that so she drawled a flower for nan and a cardinal for you and many things made from clay. Now that she has her permit she will keep the promise that she is getting her license so you can always ride with her.

You was the best pap and great grand pap and one could ever ask for. You will be greatly missed but not forgotten.

Geri & family. Deepest condolences from the Marinelli family. God bless & be with you all.

Dear Terry, Jackie and Kurt,
Even though I didn’t know your father, I heard time and time again that he was an amazing man. My deepest sympathies for your loss. Love and prayers, Kerry (Ms K)

May your memories of Glenn R. Baker, give you peace, comfort and strength…

You will be missed very much from earth, but welcomed with open arms in heaven.

To my Pappy Baker, my best friend, and the person who pushed me through all the tough years I’ve had. I know for sure Monday is gonna break me into trillions of prices, but at least you’re not suffering anymore my sweet angel. I’m gonna miss that smile and little laugh you had when you was taking about everyday live things. Definitely gonna miss you always telling me and Haley to not go on the train tracks or the scary man will get us. Everyday gets harder and harder without you here, but I know that you wouldn’t want me crying. I remember the day you told me I better get my license or I’ll be stuck at home all the time. I know for one thing I am gonna miss going shopping with you and you always buying all the cookies you could for the grandkids. All the times you yelled at me to straighten up. I miss everything about you. Every time I look at pictures of you smiling my heart breaks but I smile all the time knowing I got to spend the 16 years I got to with you. Pappy you are my best friend and you always will be until we meet again. You was there for my first breath and I was there for your last… I love you and I’ll miss you forever Pappy. Keep Nan smiling and laughing with your political talk and yelling at the telemarketers we love you My sweet Angel Fly High

So sorry for loss he was great man