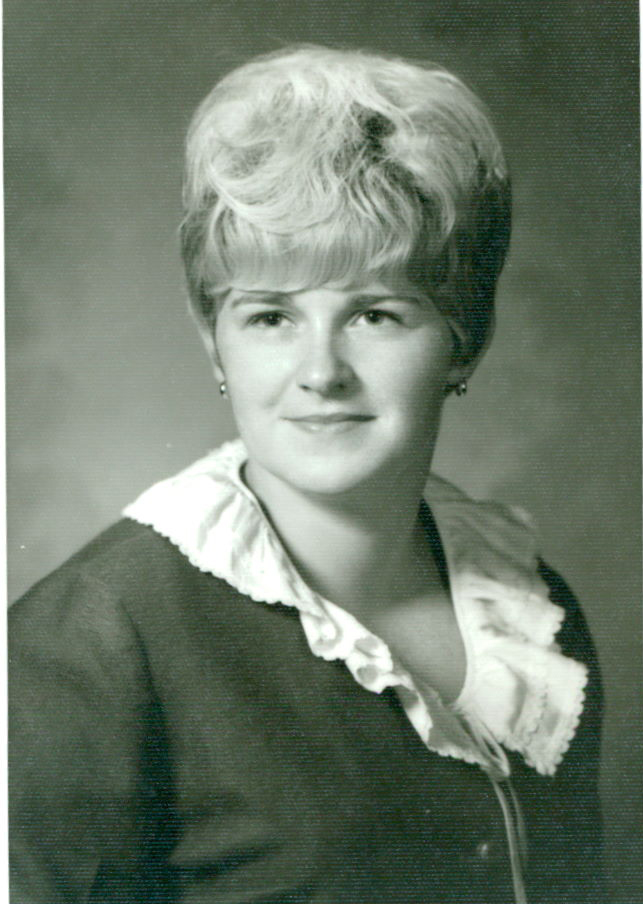 She was born December 15, 1950 in Bellaire, Ohio to Harley and GLoria (Good) Thomas.

Gloria was a member of the VFW Auxiliary Post 5565 as well as the American Legion Auxiliary post 228.

She worked at Hanks Place in Powhatan Point, Ohio.

Gloria was preceded in death by her parents and her husband David Van Dyne.

She is survived by her daughter Lori (Brett Kemp) Van Dyne of Powhatan Point, Ohio and  a brother Edward (Mary) Thomas of Belmont Ohio. In addition she is survived by a granddaughter, Kayla Van Dyne and a grandson Zachary Kemp along with several nieces nephews.

Family and friends will be received at the Bauknecht-Altmeyer Funeral Homes & Crematory 186 Main St. Powhatan Point, Ohio 43942 on Monday December 26, 2016 from 2 until 8 pm.

Funeral service will be held on Tuesday December 27, 2016 at 1 pm with Pastor Lorna Knight officiating.

Share your thoughts and memories of Gloria with the family at www.bauknechtaltmeyer.com

Our thoughts and prayers are with the family. RIP

Gloria was a good friend and classmate. She was so much fun to be with. We will hold those memories in our hearts! Rest in peace, you will be missed. Pat and I will never forget you! Sending all your family our prayers.

Lori, Kayla & Zack, I wish I could be there with you, it breaks my heart! I don’t have to tell you how my heart is breaking too.! We have all the wonderful memories, the laughter we shared (of the ham salad/potato chip sandwiches haha). I love you guys, please know I will be with you in spirit. Aunt Garnet.

In memory of my “Sister”. I love you Gloria and will miss you forever. Special memories will always be held in my heart.

I’ve known Gloria as a friend & co worker over the years . She was a real spitfire she will be missed

Lori, Kayla, Zach and family, you are all in my thoughts n prayers.May the Lord comfort you in this difficult time. Have so many great memories of my dear friend Gloria. We were bingo buddies years ago. She taught me how to decorate cakes, make Easter candy and I loved her sloppy joes. In the past few years we weren’t in touch often but October 29th, I stopped in and we talked for hours….so happy I got to see her . You will be missed my friend…Heaven gained a beautiful, loving , caring Angel…..RIP…We will meet again someday, Love ya girl.