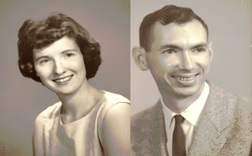 He was born June 5, 1927 in Bellaire, Ohio the son of the late Harry H. and Myrtle L. Myers McGarry.

He was a past president of the Bellaire Junior Sports and coached the Indians Baseball Team for sixteen years. Bud was an avid Pittsburgh Pirates fan.

In addition to his parents, he was preceded in death by his wife, June I. McGarry on May 15, 1996, his sister, Nancy cook and his former wife, Margaret Calvarese Camelo.

Family and friends will be received at the Bauknecht-Altmeyer Funeral Homes & Crematory 441 37th Street Bellaire, Ohio on Monday from 2 to 4 and 6 to 8 pm where services will be held on Tuesday at 1pm with Life Celebrant, David Wright officiating. Interment in the Greenwood Cemetery in Bellaire, Ohio.

Memorial contributions may be made to the Bellaire Junior Sports by going to “TMCFunding.com”.

Share your thoughts and memories with Bud’s family at www.bauknechtaltmeyer.com

Judy and Family, I am so sorry for your losss

Judy and I deeply regret hearing this news. Bud was a fine gentleman, loving husband, and fond father of you three sons & two daughters, and of course the grand-children. May he rest be in peace with eternal salvation with his loved ones and the Lord.

Sorry for your loss Judi. We will pray for you and the rest of your family. Deb and Jer

Judi I am so sorry for your loss. You are in my thoughts and prayers. Call me if you need anything

My sincere condolences to Judi and her family.