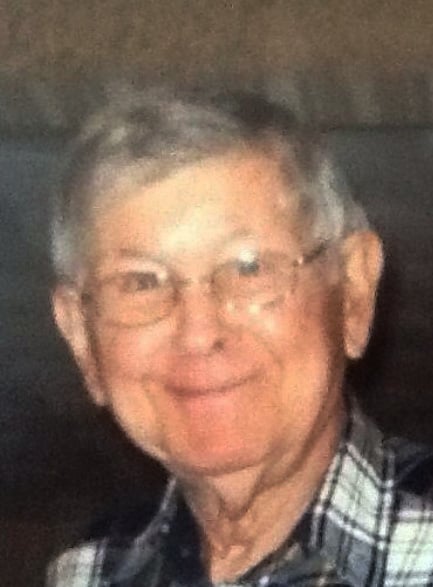 He was born May 14, 1926 in Shadyside, Ohio a son of the late George Dewey and Anna Mae Planey Knight.

Harry was a retired master mechanic for the former North American Coal Corporation’s Number 1 Mine in Powhatan Point and a Methodist by faith. He was a US Army veteran of World War II, a member of the VFW Post 5565 and American Legion Post 228 both of Powhatan Point.

In addition to his parents, he was preceded in death by his wife, Phyllis L. Green Knight in 1990, one daughter, Denise C. Bell in 2004, two brothers, Joseph and Dewey Knight and a sister, Wilma Knight.

Family and friends will be received at the Bauknecht-Altmeyer Funeral Homes & Crematory 186 Main Street Powhatan Point, Ohio on Sunday from 2 to 8 pm where services will be held on Monday at 11 am with Pastor Lorna Knight officiating. Interment in the Powhatan Cemetery with Full Military Honors by the Powhatan Veterans Honor Guard.

Memorial contributions may be made to the Powhatan Point Municipal Pool Fund or the VFW Post 5565 or American Legion Post 228 by going to TMCFunding.com.

Share your thoughts and memories with Harry’s family at www.bauknechtaltmeyer. com.

I am so saddened to hear about your Father as I just found out . Harry was such a gentlemen-always with a kind word & a sweet smile. I know he will be truly missed by everyone who knew him. Our thoughts & prayers are with each of you.

So sorry for you loss,and sorry we couldnt make it today . Prayers for yall

I didn’t know him well but I do know he was a generous and caring man! Loved by many…I know he will be remembered for those BIG HOLIDAY GARAGE BUFFETS!!! My sorrowful thoughts and Love are with you ALL!!

Pap Harry was a kind, gentle soul loved by so many, I enjoyed the video tribute, what wonderful memories for the Knight family. He always had a beautiful smile on his face. When he leaves this world we all know what a legacy he left, he touched the hearts of everyone who had the honor of knowing him. You could see it in his smile how much he loved his family. they have so much to be proud of. So many wonderful memories to carry on. I pray for all of his loved ones that God will give them strength to carry on and live their lives like Pap Harry did. RIP Pap Harry!!

I loved your dad. Best neighbor in the world. He was always smiling and happy. He was one of the greats and will be missed so much. But through Christ our Lord we will see him again. My love and prayers to all the family.

Pap Harry was a gentleman in every sense.
Loved by so many and he loved so many.
A great man., sure so many wonderful memories of a wonderful man.

Dwain & Ann, You and your family have our sincere condolences & sympathy. God Bless.

Over the years, we have enjoyed seeing pictures of Uncle Harry on Facebook. His sweet smile reminds us of his brother, Joe (my father). It is comforting to know that Uncle Harry has been reunited with all of his loved ones that were waiting in Heaven. From the stories that I’ve heard and from the pictures I’ve seen, Uncle Harry has been surrounded by love and will be missed by many…

A Gentleman in Every Way – I so remember him dancing to “Grandpa, Tell Me About the Good Ol’ Days” with each of his Granddaughters at (who knows what wedding or occasion) – The look of pride and happiness on his face said it all! Very sad for all the Knights.