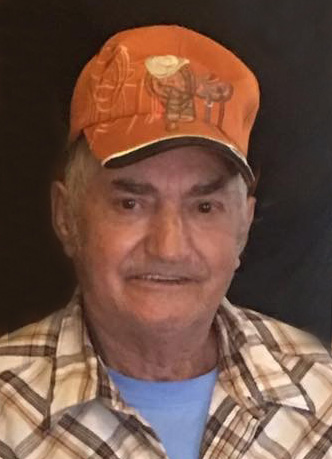 He was born March 31, 1938 a son of the late Clifford and Ruth (Cronin) Gallaher in Powhatan Point, Ohio.

He was preceded in death by his parents, his wife Norma Gail ( Brown) Gallaher, a brother Forest Gallaher, sisters Wilma Lodi, Vera Horvath, Betty Coss and a grandson David Pritchard.

He is survived by his children, Mark (Suzie) Gallaher of Belmont, Ohio, Tammy ( Bruce Stephen) Deitch of Woodsfield, Ohio, and Jim (Lovella) Beal of Lafferty, Ohio.

Funeral Service will be held on Saturday April 6 at 11 a.m. with Pastor Jeff Eschbaugh officiating.

Share your thoughts and memories of Howard with the family at www. bauknechtaltmeyer.com.

Tammy & Mark, Wanda and family,
So many memories of your dad over all the years, first living across the street in Steinersville, Broken Arrow Saddle Club, horse shows, square dancing and of course your mom also. Howard was a good man and you can be proud of him in so many ways. Jim and Sandy Sisson.

Remember all the Horse Shoes at the Broken Arrow Saddle Club; Being a kid and going to the farm and just enjoying the day playing and having so much fun. I know you will be missed Howard; say hello to my Dad and Mom when you see them. Much prayers for Mark, Tammy & Jim. Thinking about you all during this time.

Remembering him from many years of horse shows. Always smiling, kind and generous man. My condolences to the family.

Remember the many years at the horse shows. Always smiling and so very kind and generous. Prayers for the family.

We will miss you Howard. You were one of the great guys. We will always treasure your friendship.

We have a lot of good memories with you through the years from the saddle club and many years later wagon rides.
You always had a smile and kind word.
My sincere condolences to the family

As far back as I can remember , your smile was always there!Horse shows, square dancing,visiting your home!You will truly be missed,and will be forever in my heart!

Our hearts are saddened by your loss and our thoughts and prayers are with you.

I have a lot of great memories of Howard and all the times showing horses and going to square dances. He will be greatly miss. Mark,Tammy and Jim my thoughts prayers and love goes out to each of you and your families. So sorry for your loss

My thoughts and prayers are with you all!!!