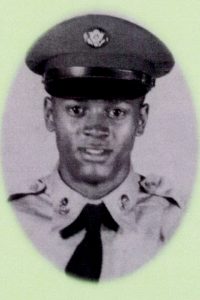 Howard Louis Johnson, 77 of Bellaire, Ohio went to be with the Lord on Tuesday January 19, 2021 at the Country Club Manor Nursing Home in Steubenville, Ohio. He was born January 21, 1943 in Martins Ferry, Ohio. He was the son of the late Robert L. Johnson, Sr and Helen M. (Gordon) Johnson.

Howard graduated in 1963 from Bellaire High School. He was a standout athlete in Cross Country and Track. After graduation he enlisted into the United States Army, where he served honorably during the Vietman conflict until his discharge.

Howard was a member of the First Baptist Church of Bellaire, Ohio. He was a quiet man that loved to fish and be with nature. He enjoyed sketching and drawing architectural structures on paper in his spare time.

In addition to his parents, he is preceded in death by an infant sister Sharon Johnson, Judy Fair, Roberta Green, Louis Johnson and Robert I. Johnson, Jr.

A private memorial service will be held at First Baptist Church in Bellaire, Ohio officiated by Reverend Andreus Pierre.

I just want to say that I never met Mr Johnson but knew Gary and Rodney. They are both fine young men and your father and mother I am sure had much to do with that. May the Lord bless you all in this time but rest assured that those who die in Christ live forever.

I knew Howard at Bellaire High School. He was a very nice classmate and I will always remember his true running ability. RIP Howard

May your memories of Howard Louis Johnson, give you peace, comfort and strength…

So sorry for your loss God Bless your Family RIH