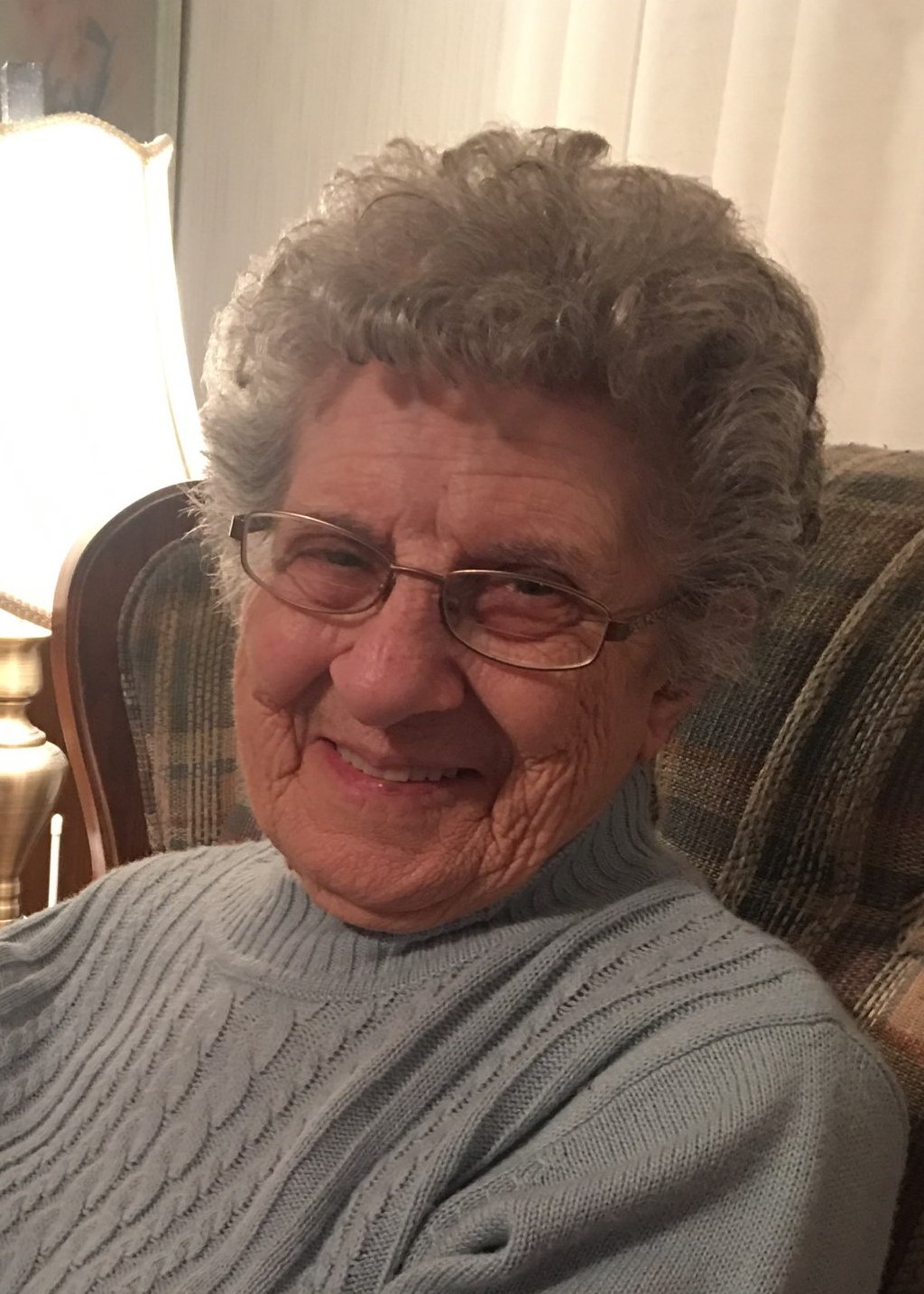 She was born November 23, 1923 in Bellaire, Ohio a daughter of the late Biggio and Madalena Ciarelli Oliver.

Ida was a homemaker, member of the St. John Catholic Church in Bellaire, Ohio and the Catholic Womens Club.

In addition to her parents, she was preceded in death by her husband, Francis E. “Funnel” Markle on June 23, 2002; they were married on November 28, 1942, her son, William “Bill” Markle and her sister, Flora Ralston and an infant brother, John.

Family and friends will be received at the Bauknecht-Altmeyer Funeral Homes & Crematory 441 37th Street Bellaire, Ohio on Wednesday from 4 to 8 pm. Funeral liturgy with Mass will be celebrated on Thursday at 12 Noon at the St. John Catholic Church in Bellaire, Ohio with Fr. Daniel Heusel, as Celebrant. Interment in the Mt. Calvary Cemetery in Bellaire, Ohio.

Memorial contributions may be made to the ALS Association by going to TMCFunding.com.

Share your thoughts and memories with Ida’s family at www.bauknechtaltmeyer.com

I have wonderful memories of your Mom. She had an internal beauty and attitude
My sincerest sympathy.

So sorry to loose your Mom she was a beautiful lady who loved you all so.much

I am very sorry to hear about your loss. I offer my condolences to you and your family. Please take comfort in knowing that God will give you the comfort and strength you need to keep going. (2 Corinthians 1:3,4) May all of your cherished memories overwhelm you with joy and happiness. You and your family are in my prayers.

The family of Ida Markle have my deepes sympathy.I will never forget the good times Ida and I had working at Busacks IGA She was a wonderfull woman who loved her family. May Ida RIP Love you Ida.From Toni Wright