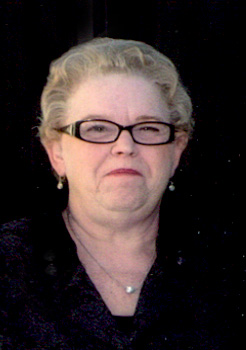 She was born August 15, 1948 in Wheeling, West Virginia daughter of the late James and Sara Williams Shreve, Sr.

Iva Lou was a homemaker and a Christian by faith.

In addition to her parents, she was preceded in death by her sister, Karen Homko and brothers, James and Delbert Shreve.

Family and friends will be received at the Bauknecht-Altmeyer Funeral Homes & Crematory 441 37th Street Bellaire, Ohio on Wednesday from 2 to 8 pm where services will be held on Thursday at 11 am with Rev. Marcia Allen officiating. Entombment in the Parkview Memorial Park Mausoleum in Wheeling, West Virginia.

Share your thoughts and memories with Iva Lou’s family at www.bauknechtaltmeyer.com

Chuck and Courtney , You are in my Thoughts and prayers at this difficult time.

I went to Warwood High School with Iva. She was a sweet & lovely person. She will be missed.

I did not know Iva personally, but her husband, Charles, and I graduated from Bellaire High School in 1967. I do not speak for our group, but I wish to convey our sincere condolences to Charlie and to the extended families. We have lost others from our group over the years, and we try to reach out, in person, and through personal messages such as this. God’s blessings on one and all.