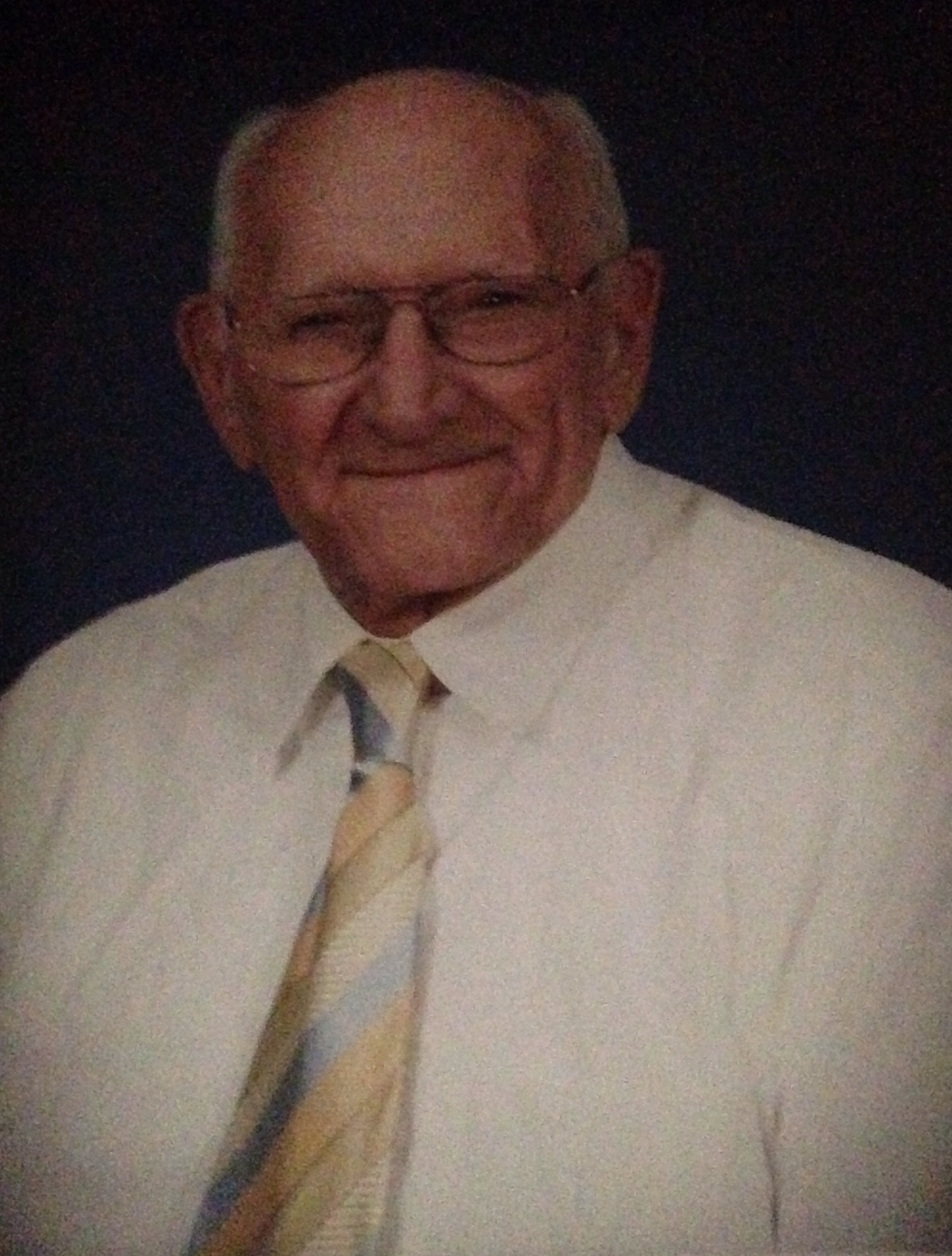 He was born October 18, 1920 in Athens, Ohio the son of the late William Brammer and Lovina VanMeter Sullivan.

After graduating from high school, Bob joined the Marines. He served as a member of the initial Drum and Bugle Corps at Marine Barracks, Washington, D.C. also known as 8th and I. They performed for President Roosevelt’s inauguration and the New York City World’s Fair in 1939. He later served in the Pacific Theater, landing at Tarawa and Saipan. Bob was awarded the Purple Heart.

He later transferred to the Army and served in the Korean War earning the Bronze Star. Bob, however, always remained a Marine at heart.

Bob Taught ROTC at Xavier University until he retired from the army with the rank of Captain. He then moved to Sault Ste. Marie, Michigan where he taught ROTC at Sault High School.

He was a member of Shadyside Masonic Lodge #724 F & AM where he served as Master of the lodge from 2008 – 2009. Bob was recognized as the oldest first time sitting Master in the state of Ohio. He was also a member of Hope Commandery #26 Knights Templar of Bridgeport, Ohio, The Scottish Rite, York Rite Chapter and Council. Bob was a charter member of Belmont #748 High Twelve. He served as Demolay Dad while living in Sault Ste. Marie and was presented his 50 year pin in 2009.

Bob moved to the Browning Masonic Community in June of 2010 where he participated in and enjoyed many activities while sharing stories and pictures of his great grandchildren. He served on “The Flying Flag Veterans Memorial Committee”. As a former high school baseball player, Bob enjoyed watching his baseball and football teams on television. He was an avid follower of Buckeye football and the Detroit Tigers.

He was preceded in death by his wife, Jean Jewell Brammer, whom he married in 1946, an infant daughter, Mary Beth Brammer and one son, Timothy M. Brammer.

There will be no visitation. Shadyside Lodge 724 F & AM will conduct masonic services on Saturday, January 23, 2016 at 11 am at the Bauknecht-Altmeyer Funeral Homes & Crematory 3900 Central Avenue Shadyside, Ohio followed by graveside services at Greenwood Cemetery, Bellaire, Ohio with Rev. David Roberts officiating and Full Military Honors conducted by the Belmont County Veterans Association.

Memorial contributions may be made to the Browning Masonic Community or the OR & W Fire District by going to www.tmcfunding.com.

Share your thoughts and memories with Bob’s family at www.bauknechtaltmeyer. com,

I was very sorry to hear of Bob’s passing. He was a friend, co-worker, and Sunday school teacher who I learned a lot from in my youth. He was truly an example of America’s “Greatest Generation”. I am thankful to have known Bob, and I am grateful for his service to our nation, and our community over the years. May God be with you all in your time of loss.

May your memories of James Robert Brammer give you peace, comfort and strength…