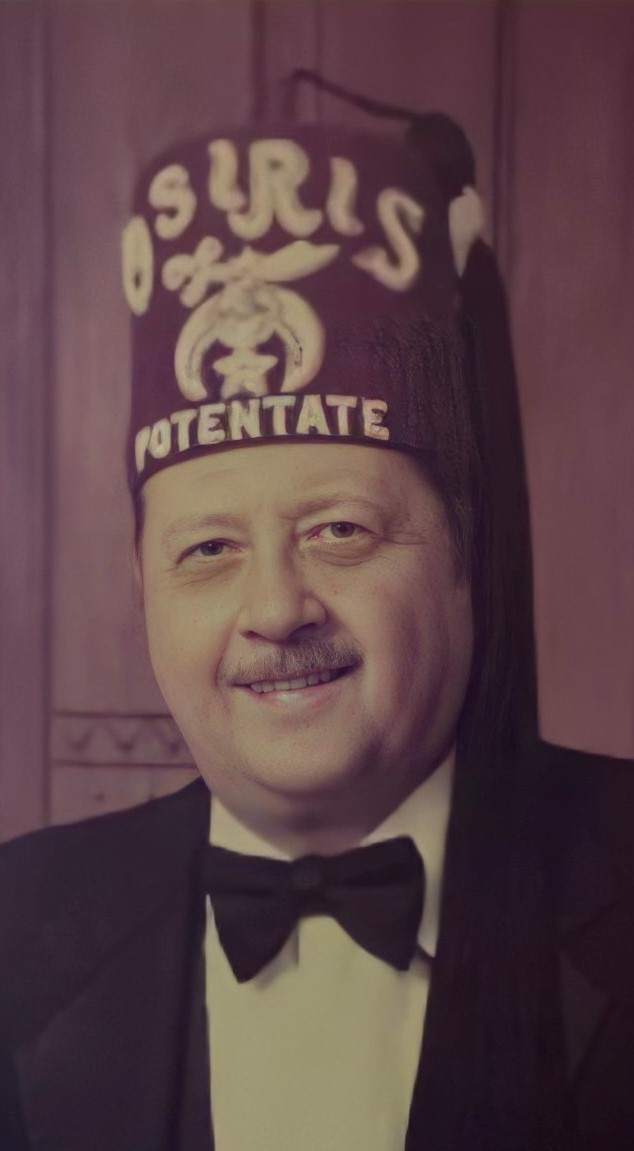 He was born in East Liverpool, OH, October 28, 1937. He grew up in Bellaire, OH, graduated in 1955 from Bellaire High School and married his high school sweetheart Barbara Campbell. He graduated from Ohio University with an Associate in Arts Degree in 1969. After years at The Times Leader and jobs that took him away from Bellaire, Jim came home and started his own Russell Printing Co. After a few years, he decided to take a position at The Ohio State University. Jim served as the production manager of “The Lantern” Ohio State’s campus newspaper, for over 30 years.

Jim started his Masonic Journey as a member of Bellaire Ionic Lodge 438 F&AM and later served as Master. He was a member of Osiris Shrine of Wheeling, WV for 50 years. In 1986 he served as Illustrious Potentate. He is a member of Ancient Accepted Scottish Rite Valley of Steubenville, where he received his 32nd degree. He loved collecting baseball cards and owned his own shop for many years in Bellaire, OH. You could find Jim down at the local VFW having a beer with friends or with his wife Barbara and family. He was kind and funny, and he would do anything for you. He loved anything, Irish and he adored his dog Darby Hoosier too.

Family will receive friends for a Memorial Visitation to celebrate his life from 12 until the time of service at 4 p.m. on Saturday December 11, 2021, at the Bauknecht-Altmeyer Funeral Home 441 37th St., Bellaire, Ohio.

In lieu of flowers memorial contributions can be made to the Shriners Children’s Hospital by going to TMCFunding.com

I just learned that I lost one of my oldest and best friends. My deepest sympathies to Barb and family.

Love you PapPap! Missing you more and more everyday.

Love you so much Papap