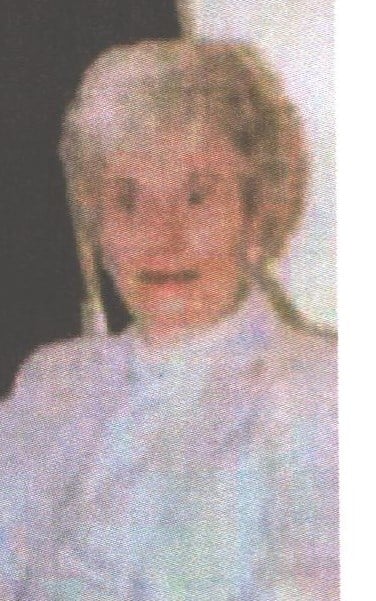 Jane Ballard Chamberlin, 92, of St. Clairsville, OH died Saturday, February 13, 2016. She was the beloved wife of Albert Bartholomew Chamberlin II, who preceded her in death in 2007.

She lived in Ohio almost all of her life – born in Barnesville, attended Denison University in Granville, then graduated from Ohio State University in Columbus where she met Al and they lived the best part of their lives in St. Clairsville through almost 63 years of marriage. She was a tried and true resident of the Buckeye State, but moved to Wheeling in 2008 and then to Georgia three years ago to be near family.

She was the first-born daughter to parents, the late Helen Chappell and Judson Ballard on July 10, 1923. Her dear sister, Priscilla Ballard Pfalzer, was born five years later and was her life-long companion. She was the grand-daughter of the late Elizabeth and W.O. Chappell, and the great granddaughter of Sarah Leonard and Henry Martin Tupper.

Jane was an active in her community. She and Al were members of St. Clairsville First Presbyterian Church and Jane was a loyal member of the Tuesday Night Club, St. Clairsville Library Board, Gardener’s Forum, Alpha Xi Delta Sorority and Belmont Hills Country Club – where her father was a founding member. She rarely missed a hand with her bridge group until she was 89. Al and Jane were always surrounded by a wonderful group of long-term friends with whom they dined often following Al’s many rounds of golf.

The family is also grateful to the caregivers and leadership of Elmhurst House of Friendship (Wheeling, WV), Arbor Terrace (Athens, GA), Hope Center (Dacula, GA) and Embrace Hospice (Atlanta, GA) who showed such love and attention to Jane.

Friends are invited to attend Jane’s funeral service at 11:00 a.m. Saturday, February 20th, 2016 at the First Presbyterian Church with Rev. Homer Harden officiating.  A private family interment will be held in Union Cemetery.

Memorial contributions may be made to The St. Clairsville Public Library, 108 Main Street in St. Clairsville.  Beck-Altmeyer Funeral Home and Crematory is in charge of arrangements.

Just met the family of Ms. Jane Chamberlin from Georgia at the Shaw University Homecoming. What a wonderful family. We honor you from being from the Tupper Family who started Shaw University. Rest in peace.

Debbie,
I remember spending some fun times at your house when we were very young and how nice your mom was to me. My grandparents were the Carnes’s who lived across from Locust Place. You have my deepest sympathy.
Patty Bauknecht Valloric

We are so sorry to hear of Jane’s passing. She was a very special person. She truly loved her home on Locust Place. Please accept our deepest sympathies. God Bless!

Pete and Genie — So sorry to hear of the loss of your mother. She and Al were such wonderful neighbors. Jane was so spunky and we enjoyed her company. We have since moved, but still think of them when we see their old house!

“Some people come into our lives,
leave footprints on our hearts,
and we are never the same.” — Author unknown

Dear Ones —
May God’s peace and blessings be yours during this most tender season; and, may He give you many lovely memories, so that you may always have roses in December.