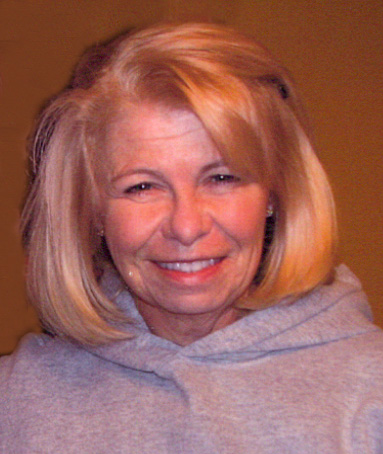 Janet was born December 30, 1953 in Bellaire, Ohio a daughter of the late Francis and Christena Williams Taggart.

In addition to her parents, Janet was preceded in death by her brother, Donald Taggart, her nephew, Andrew Adams and her beloved dogs, Spike and Curly Joe.

Family and friends will be received at the Bauknecht-Altmeyer Funeral Homes & Crematory 441 37th Street Bellaire, Ohio on Friday from 2 to 4 and 6 to 8 pm where services will be held on Saturday at 11 am with Rev. Christina Kestner officiating. Interment in the Greenwood Cemetery in Bellaire, Ohio.

Share your thoughts and memories with Janet’s family at www.bauknechtaltmeyer. com.

To Janet’s sisters and husband, my deepest sympathy. I’ll always remember Janet’s smile. She was always so lighthearted and positive. Prayers for you all.

We are very sorry for your loss. Prayers!

GREG AND FAMILY SORRY FOR YOUR LOSS BUCK, SUE AND BUDDY

Greg, we’re so sorry for your loss. Janet always had a smile for everyone. One of the memories we have was seeing her walking down the street to the end of the road with a bucket of water to take care of God’s flowers she would say. What a blessing to have had her as a neighbor. She had a sweetness about her that will never be forgotten.

Greg, Diane and I want to extend our condolences. Jan was a special lady who always had a smile on her face. We will all miss her. Take care my friend.

Greg, I’m so sorry to see that you have lost Janet, please accept our most sincere condolences. Janet was such a fun and loving person. God be with you my friend. Ed & Carole McCorkle Sr.

Greg so sorry for your loss

I am saddened for your loss. Janet was a true teacher who always put her students first. I remember my first year in 1984 she and the Neffs crew gave me a wedding shower at school. I have never forgot that. My prayers are with Greg and all the family.

I am just heart broken after hearing the news of Mrs. Harris’ passing. She was my kindergarten teacher at Neffs Elementary during the 1984-1985 school year. Although it was quite some time ago, I still have wonderful memories of her. In particular, I can recall her dressing up like a big pumpkin for our Halloween party. I remember it vividly because as a 5-year-old, I thought it was pretty awesome! She was the sweetest person and one of my favorite teachers throughout my time at Bellaire. I will always remember her sweet smile and gentleness in the classroom. The world has suffered a terrific loss with her passing, but our loss is Heaven’s gain.

I will forever remember Janet and her sweet smile. Greg, you and your family are in my prayers. Erica RN Dr Das office