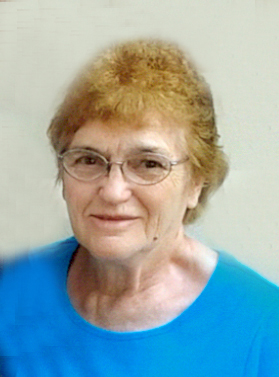 She was born March 20,1941 a daughter of the late Emory and Nina Teter DeVaughn.

She was a retired LPN for Peterson Rehab Hospital and a member of the Rock Hill Baptist Church.

Janet enjoyed her dogs , her grandchildren and spending time with her family especially at their sporting events.

She was preceded in death by her husband Milford W. Leasure, a brother Paul DeVaughn and a sister Phyllis Davis.

Friends will be received 2-4 and 6-8 PM Friday at the Beck-Altmeyer Funeral Home and Crematory St.Clairsville, OH where Janet’s funeral service will be held Saturday at 11 AM with Rev. Bob Merritt officiating. Burial will follow in Rock Hill Cemetery Flushing.

I’m so sorry for loss, Girls. We met years ago at Barkcamp State Park. We were going on a hike and the leader said something directed to Janet. Your Mom and I both responded, so we said we would have to go by our middle names. Well, happens that we both had the same middle name also. From that point, we became good friends. Your Mom would invite us to church on Sundays and she would take me over to your house and let me wash clothes there. That’s been over thirty years ago but I still have great memories of you and your family. From watching the pictures, it looks like we still have a lot in common. She loved her grandchildren as do I. I will keep your family in my prayers as you go through this difficult time. Love and prayers, Janet Louise Birch