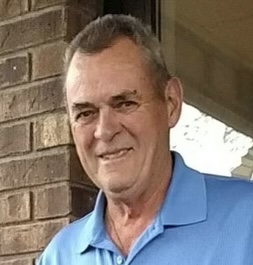 John A. Hamilton, 76, of Shadyside, OH, passed away on January 17, 2023 at the Wheeling Hospital-WVU Medicine.

John was a life long truck driver, retiring from Nickles Bakery and remained a member of the BCTGM Local 19. He was an Army Veteran who served during the Vietnam War. He was a member of the Rockhill Presbyterian Church, Bellaire VFW Post 626, and a member of the “Vietnam” Veterans Club Post 1 – Bridgeport, OH. He was also a former member of the Shadyside Legion.

On any given day, you could find John drinking coffee with his buddies at the Tiger Pub – Shadyside, OH.

John enjoyed camping, fishing, and spending time with his children and grandchildren. He could be described as the ultimate family man.

In addition to his parents, he was preceded in death by his brothers, Ronald Hamilton, Clyde Hamilton, and sister, Barbara Hess.

Visitation will be held at Bauknecht – Altmeyer Funeral Homes – 3900 Central Avenue Shadyside, OH 43947, on Saturday, January 21, 2023 from 11:00 am until the time of Full Military Honors by the Belmont County Veterans Association beginning at 3:00 pm. Funeral services will follow.

Memorial contributions may be made to the VFW – Bellaire, OH Post 626 TMCFunding.com

Bauknecht-Altmeyer Funeral Home – Shadyside Chapel is handling the arrangements for the Hamilton family and online condolences can be directed to the family by visiting www.bauknecht-altmeyer.com.

Very sorry for your loss. Our Sincere Condolences to the family.

I am so sorry for your loss. Janelle my deepest condolences to you and your family.

So sorry to hear about John We worked together at Nickles Bakery. John was a great driver and fun to work with . May he rest in peace!

Dear Jackie and Family,
I’m so sorry about John. He never let anything get him down. He was always easygoing and fun. We used to joke that he looked like Donnie Osmond. Know that I’m praying for you and hope your memories bring you comfort.
Love, Linda (Probst) Pockl

My heart goes out to all of you & Im so sorry I cannot be there. Uncle John was the best & I have so many memories of him at Vicki’s laughing & telling stories. Love you all & Uncle John now you can rest in peace 🙏❤️

Jackie, condolences on this time of grief for you and the family. You are in my prayers.

Sorry for your loss. Our Prayers are with You & Your Family.

Sorry for your loss! I went to grade school & HS with John. He was a good classmate and an even better dad. He will be missed.

Our most sincere condolences to Jackie, Addy and the entire family. John was a great man. he will be missed. Prayers and Love to all. Robin and Uncle Chuck

Very sad to learn of John’s passing, he was one of the nicest persons I’ve had the pleasure of knowing. My sincere condolences to the family.