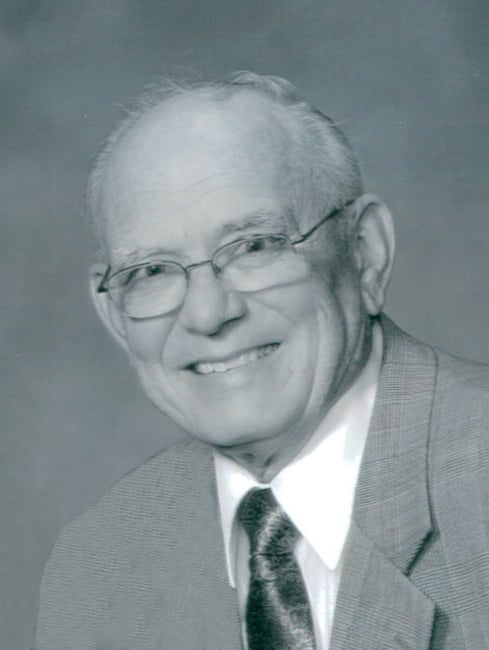 John A. Bukmir 80, of St.Clairsville, OH died Tuesday August 4, 2015 at Acuity Hospital Bellaire.
He was born November 16, 1934 at Provident, OH a son of the late Joseph and Elizabeth Janicki Bukmir.
John was a retired employee of the former K’s Market and Riesbecks Food Market of St.Clairsville. He served as St. Clairsville Fourth Ward City Councilman for 36 years, an employee of the Belmont County Probate Court and a funeral assistant with the Beck-Altmeyer Funeral Home & Crematory.
He was a member of St. Mary’s Catholic Church, a Fourth Degree Knights of Columbus , past Grand Knight of Council 4243, US Army 3rd Infantry , and former President of St.Clairsville Little League.
In addition to his parents John was preceded in death by two sisters Mary Dobis and Bernice Fulton and a niece Mellissa A. Haught.
Surviving is his wife of 58 years Marlene A. Haught Bukmir, his son John Mark Bukmir, St.Clairsville, three sisters Stella B. (Francis) Kerr, Baden, PA, Ann B. (Scott) O’Donnell, Avon Lake, OH, and Jo-Ann (William J.) Olsavsky, St.Clairsville, three nieces Kimberly A. (Bryan) Planey, Samantha (Shane) Bell and Amanda (Tim) Theobold, eight great nieces and nephews Ashley, Nick, Natalie and Brenna, Tyler and Noah and Chloe and Cooper.
Friends will be received 2-4 and 6-8 PM Friday at the Beck-Altmeyer Funeral Home and Crematory St.Clairsville where a vigil service will be held at 4 PM. Friends will then be received from 9:30 to 10:30 AM Saturday at St. Mary’s Catholic Church where John’s Funeral Mass will start at 10: 30 with Frs. Thomas Chillog and Michael Gossett officiating.
Burial with full military rites provided by the Belmont County Veterans Assoc. in Union Cemetery St.Clairsville.
Memorial contributions may be made to Thoburn United Methodist Men or St. Mary’s Church.
Offer condolences online at www.beckaltmeyer.com

Marlene and Mark I was so sorry to hear of John’s passing. He was such a wonderful person, they do not make gentlemen like him anymore. I loved all the stories he would tell me about my family, and growing up in Provident. He was always like a grandparent in the stands cheering me on when I played basketball in school. John will be deeply missed by many.

Mark and family, our thoughts and prayers are with you in this time of loss and grieving. May you rejoice in your Fathers life and his memories. God bless.

I was blessed to know and have in my life a loving, caring, and kind GREAT uncle. May you rest in peace. I truly believe that you and my mom will be taking good care of each other. Aunt Marlene and Mark, I love you both very much and you are both in my prayers.

To Mark, and his Mother and entire Bukmir family. My prayers I send at this very sad time in your lives. John will dwell in God’s Kingdom now and watch over you. I feel Blessed to have known Mr. John Bukmir. I will miss him dearly, like so many other’s.

Mark,
My thoughts & prayers are with you & your family at this difficult time.
Keeping you in my prayers each day.
Becky Farrar

To the family I am sorry for your loss.
I have know John my whole life. I was one of the alter boys at Marlene’s and Johns wedding. I worked with him a K’s market where he was a meat cutter. Was a fellow knight also.
He has served the community and will truly be missed.
Bill Stranges

John was a notable classmate for St J 1953. May God bless the Bukmir family.

John always had kind words,
always helping hands;
he was truly a wonderful neighbor,
and the Lord has taken him in His arms.
God bless you, Marlene and Mark.

Mark, I was so sorry to hear about your father’s passing. He was a very nice man, a gentleman. My mother always liked to talk to him when she shopped at Riesbeck’s. Let me know if I can do anything for you or if you want to talk. It’s hard losing a parent, especially when you’re an only child like us.