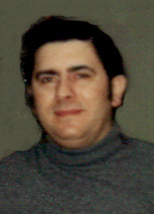 Preceding him in death, in addition to his parents, was his wife, Mary Rose Sikora Busack in 2014, an infant sister, Annette Busack, seven brothers, Joseph, Mario, Tony, James, Pete, Sam and Frank Busack.

Family and friends will be received at the Bauknecht-Altmeyer Funeral Homes and Crematory, 441 37th Street, Bellaire, Ohio Thursday from 10 am- 11:45 am, followed by a 12:00PM Funeral Liturgy with Mass at St John Catholic Church Bellaire, Ohio with Fr. Daniel Heusel as Celebrant.

I am so sorry for your loss. Our thoughts and prayers are with you during this difficult time. Your great memories of your dad will help you find peace.

My thoughts are with you on the passing of Johnny, We always a good time when they would be out in St. Joe with their truck. They all were good guys.

To the family and friends of John Busack,
My prayers and blessings go out to you in this time of loss. I had the good fortune to know all of the brothers when they had their small store and I worked for them after they opened the larger business on Guernsey street. May Johnny rest in peace in his eternal life.

May your memories of John Joseph Busack, give you peace, comfort and strength…

My thoughts and prayers are with the family of….. US Air Force Korean War Veteran, John Joseph Busack, “A True American Hero” God Bless†