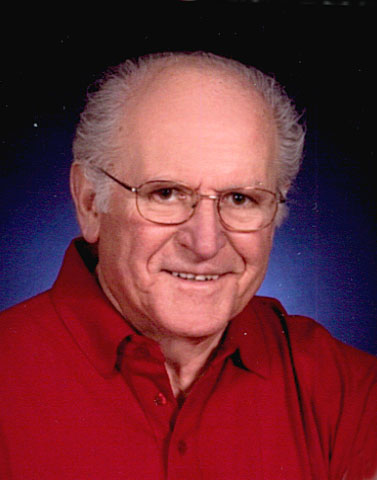 He was born the son of Julia (Piszczalka) Nowak and Anton Nowak in Bellaire, Ohio.

He was a 1953 graduate from Bellaire High School. He went into the Navy in May of 1953. After boot camp in Maryland he went to Norman, Oklahoma for training for Airman Prep School and was stationed at Boca Cheeka Key, Florida and served on the Blimp Airship Devron ZX 11 where he developed a way of detecting submarines under water with sonar. When he was discharged in January of 1957 he held the rank of Aviation Electronics First Class.

John retired from the Bellaire Antenna Systems in 1984. He loved gardening, polka music and polka festivals. He was happy that he got to go to tour Poland three times. He was a member of St. John Church in Bellaire, Ohio and was devoted to serve the church wherever he could.

In addition to his parents, he was preceded in death by twin daughters, Heather Dawn and Nicole Rose Nowak and brothers, Edward Nowak and Frank Nowak.

Memorial contributions may be made to the St. John Church or St. Jude Children’s Research Hospital by going to TMCFunding.com.

Once the present concerns have lifted, John’s life will be celebrated at a memorial mass at St John Church, Bellaire, Ohio at a date and time to be announced. Interment in the Holly Memorial Gardens in Pleasant Grove, Ohio.

Share your thoughts and memories with John’s family at www.bauknechtaltmeyer.com.

John & I are second cousins. My Dad was his first but it always felt my first. We went to 2 years of ministry classes through the Steubenville dioceses.
We send our love & prayers to Connie & family.
Connie, I have been praying for John for awhile & my heart told me that he is with our Lord & Savior.
My he Rest In Peace & my perpetual light shine upon him.
Sandra Nowak Salkovick & family

John will be Remembered Dearly, He was Such a Caring Man. I can still picture My Son when he was only about 2 ( His be Dad worked for John)and him doing the Hand thingy,,Up High,Down Low and he had Special saying with it,,( can’t Remember it)..But it is Something I think of when I hear John’s Name..

So sorry for your loss! Prayers for the family!

So sorry for your loss! Prayers to the family!

Connie
So sorry to hear of John’s passing. You have my deepest sympathy.
Patty Bauknecht Valloric

Now I understand the foundations of your deep faith Jeff…sending sympathy and love to you, Patty and Zander

John was such a good man. We are So very sorry for your loss Connie, Johnny and Jeff.
Prayers and Love, Dolores, Bob and Lori

Connie, John and Jeff, We where all blessed to have John as a neighbor. Wonderful man. God bless and deepest sympathies.

May your memories of John Lewis Nowak, give you peace, comfort and strength…

I worked for John several years ago as a Kelly Girl. What a nice man. So sorry for your loss!