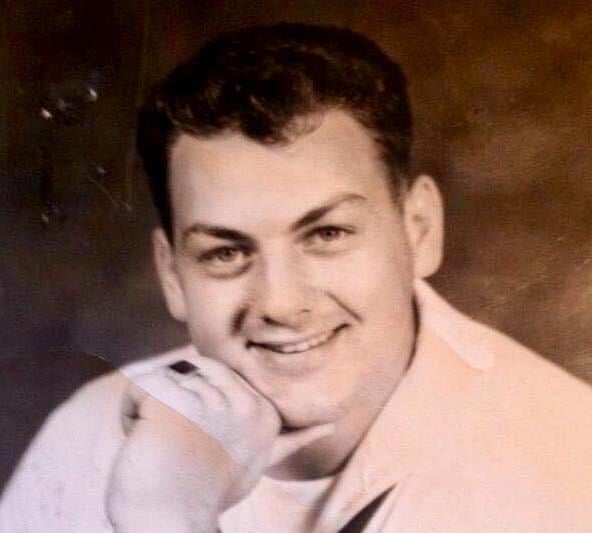 John was born on March 8, 1942, a son of the late Carl and Ann (Shiretta) Patrone. He graduated from Bellaire High School (Class of ’60) and then proudly served during the Vietnam Era on the USS Saratoga as an Electronics Technician. John represented the Saratoga in many international goodwill basketball games during their tours in the Mediterranean and later attended Jacksonville University on a basketball scholarship.

John worked as a service technician for the Xerox Corporation for 30 years and was a former volunteer firefighter for the Rock Hill VFD. He was a member of both the VFW and the American Legion in Bellaire, OH. John loved sports and was an avid supporter of the Bellaire Big Reds. He was elected to the Bellaire High School Athletic Wall of Fame and coached various basketball and little league baseball teams over the years. John and his wife often hosted exchange students and became therapeutic foster parents after his retirement.

In addition to his parents, he was preceded in death by a sister, Carol Kennedy, and his brother-in-law, Kenneth Perigloisi.

John is survived by his loving wife, Mary Lou (Perigloisi) Patrone of the home; his children, Wendy (Dan Christian) Patrone, John (Tamara) Patrone, and Christopher Patrone, all of Bellaire; and his grandchildren Nicholas (Aubrey), Adrianna, and Perrin Patrone. John is also survived by his brother Lee (Barbara) Patrone of Chicago and by his nieces and nephew – Patty Rozman, Kathy Perigloisi-Miller, Tammy Fayne, Janie Reese, and Dr. Lee Patrone. He also leaves behind his two furbabies, Nina and Pixie.

sending my condolences to the entire family, I will keep John in my prayers.

Praying for and thinking of you all! May the Lord provide you each with comfort and peace in knowing that John has moved on to a better place where he has been restored and waits patiently for his loved ones. Sending much love to all!

John, As another member of the Hamilton Street gang, has passed into the arms of Our Lord. Take solace in the fact that those of us who knew him when, will never forget him. He was smart, handsome, a great athlete and ,of course, as all of us who grew up in Bellaire in the 50’s. was a unique character…not a personality easily forgotten. We played every pick-up sport imaginable, chased women, told tall tales, and danced our hearts out, way back then. He is my friend and always will be, regardless of the years that separated our seeing one another.If you are a Believer, believe that he is regaling the saints in heaven with stories of his exploits, and coaching them up. If only one of us remembers him and speaks his name…he lives on! Mike Velt

So sorry to hear of John’s passing. Prayers for the family.

We are sorry to hear of John’s passing. Prayers for the family.

I am so sorry to have heard that John passed away. He was a neighbor when we were kids and then a classmate. He will be missed. My prayers are with you and your family.

So very sorry for your great loss.
Our prayers are with you.

The family of Rick Kennedy

We’re very sorry for the passing of John, what a great guy. The Patrone family will be in our prayers.

Mary Lou, Wendy, John and Chris. So sorry to hear of John’s passing, our thoughts and prayers are with all of you!