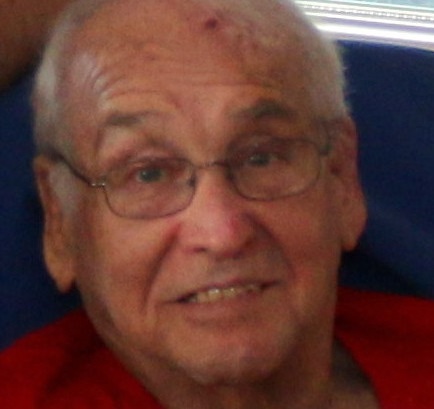 John Eugene Pugh, 86 of Powhatan Point, Ohio died Saturday January 20, 2018 at his home with his family around him.

He was born June 9, 1931 in Powhatan Point, Ohio a son of the late John C.Pugh and Stella M. (Mullet) Pugh Kettlewell.

John was a retired guard from Ormet Corporation where he served as union president for many years. He was protestant by faith and a U.S. Air Force Veteran. He was former Fire Chief of the Powhatan Volunteer Fire Department., and a member of the Osiris Shrine of Wheeling.

In addition to his parents, a sister Phyllis R Cattabiani, and a stepfather, Russell C. Kettlewell, preceded him in death.

In addition he is survived by four grandchildren, Lauren (Josh) Potts of Columbus, OH, Dallas (Britney) Pugh of Steubenville, OH, Vanessa (Lance) Ervin and Tori (Warren) Pugh of Scott Depot,WV along with three great-grandchildren and several nieces and nephews.

Family and Friends will be received at the Bauknecht-Altmeyer Funeral Homes & Crematory 186 Main St. Powhatan Point, Ohio 43942 on Monday January 22, 2018 from 2 until 8 pm and Tuesday January 23, from 10 am until time of funeral service at 11 am with Pastor Michelle Lucarelli officiating.

Burial will follow at Powhatan Cemetery where full military honors will be conferred by the Belmont County Veterans Association.

Memorial contributions can be made to the Amity United Methodist Church or the First Presbyterian Church at “TMCFunding.com”

Mrs. Pugh and family: I am so sorry for the passing of your husband and father. May he rest peacefully in the arms of God and may you feel the loving comfort of God’s arms around you.

To Ed, and Family: So sorry to hear about your father. Knowing you I know I would have enjoyed meeting him. I’m sure he would be pleasantly surprised knowing how many people are going to miss him. “I have fought the good fight, I have finished the race, I have kept the faith”. Sincerely, Tom Hulting; East Peoria, IL

So sorry to hear of Mr.Pugh’s passing. He was a good man. May God bless you with peace and many wonderful memories.

Ed & Family – I’m truly sorry to hear of the passing of your father. Prayers be with you all for comfort and peace during this difficult time. Nice picture and song tribute!

We are so sorry for your lost. May you and your family find peace, during the difficult time.

You will be missed rest easy my friend

Will miss you john rest easy

Ed & Angie,
Very sorry for your loss. Prayers will be with you and your family during this difficult time.

Dear Mrs. Pugh,
Please accept my sincere condolences.
Mr. Pugh was a very kind man. I will forever remember the fun times we all had together.
Warmly,
Marsha Lewis