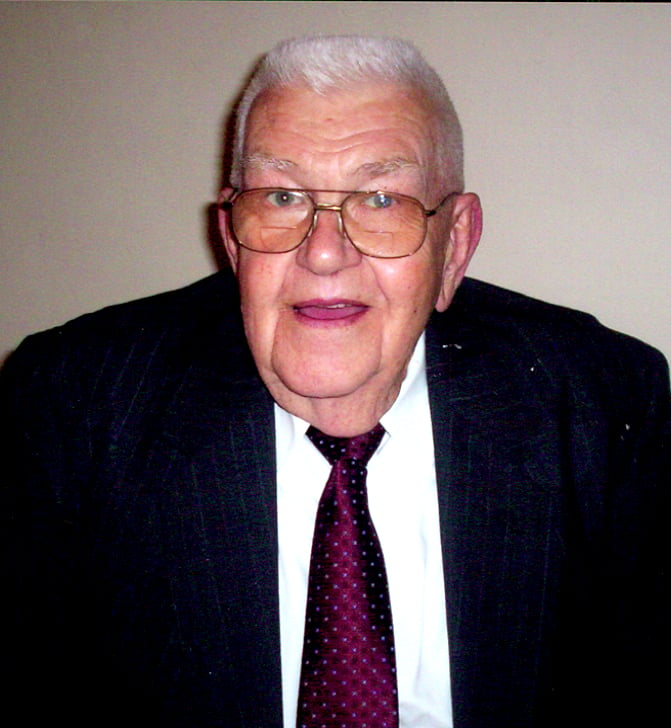 He was born August 1, 1923 a son of the late Joseph and Josephine (Polivak) Civin Sr. in Bellaire, Ohio.

Joe served in the Army as a mechanic. He was the owner and operator of Union Auto Service and then worked for the City of Bellaire as a mechanic until he retired.

He was a life member of the ELKS club the Bellaire American Legion and was an avid coin collector.

He was preceded in death by his parents, two brothers Fred and John Civin, his wife Margaret (Basrak) Civin and son in law Todd Hill.

He is survived by his children, Judy Hill of Bellaire, Ohio and Joseph Civin of Quaker City, Ohio. He is also survived by four grand children, Amy Hill of St. Clairsville, Amber (Ryan) Tierney of South Charleston, WV, Todd (Ryan) Hudak-Hill of Bethesda, Ohio and Greg Civin of Ames, IA as well as two great grandchildren.

Family and friends will be received at the Bauknecht-Altmeyer Funeral Homes & Crematory 441, 37th St. Bellaire, Ohio 43906 on Wednesday December 16, 2015 from 10 am until time of service at noon with Pastor Jerry Wenger officiating.

Memorial contributions can be made in Joe’s name to the charity of your choice.

Share your thoughts and memories of Joe with the family at www.bauknechtaltmeyer.com

Judy,Joe and grandchildren, Carole and I would like to express our most sincere condolences on this sad occasion, our prayers are with you.

Our heart and Prayers go out to all Family and Friends. Joe lived a full and wonderful life surrounded by many friends and family. He will be missed as well as all the loved ones that have left us to a much better place. One day may will all unite, with Love and much Condolences, “The Partlow Family”

Joe, please accept my condolences and sympathy for the loss of your dad. He lived a long life but loss is never easy regardless of the time.

Joe, please accept my condolences and sympathy for the loss of your dad. He lived a long life but loss is never easy regardless of the time.

Judy, So sorry for the loss of your Dad. Thoughts and prayers are with you.

May your memories of Joseph Civin, Jr., give you peace, comfort and strength…