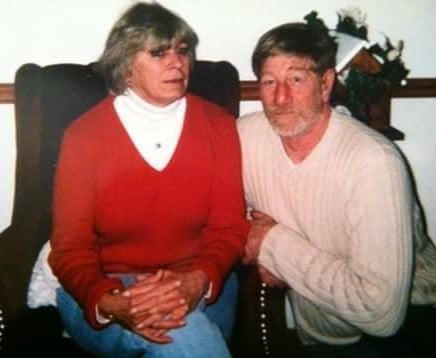 She was born in Neffs, Ohio on December 28, 1946 a daughter of the late Robert Mac and Dorothea Willison Jeffries.

Family and friends will be received at the Bauknecht-Altmeyer Funeral Homes & Crematory 441 37th Street Bellaire, Ohio on Wednesday from 1 to 3 pm with Bishop Michael Tolliver officiating. Interment in the Greenwood Cemetery in Bellaire, Ohio.

Sorry so for the family loss , sorry I wasn’t able to make it today . I do send my condolences to the family your mom is a wonderful lady and I sure will miss her.Sending hugs and prayers.

Rick and the entire Rhodes family: We are very sorry for your loss, however, your Mom and Dad are once again together. You will all, be in our thoughts.

So many of my childhood memories included my Aunt Dianne. I was always at her house when I was younger. Ryan and I were always outside exploring or catching crawdads or just getting into something. I remember making a movie and she was our director. It was supposed to be a scary movie but we laughed the entire time. She would always be working on some sort of craft when I was there and her house always smelled like cinnamon. And if we weren’t over at her house they were always at ours when I was younger . I hope you can rest peacefully now. You will be missed by many. Rick, BobbiJo, Roger and Ryan, I hope you can find comfort in all of those memories. Thinking of all of you. <3

Can’t put into words how truly sorry we feel for family & friends. Diane was one of a kind, she will be missed, but never forgotten. Thoughts & Prayers xoxo Shelly & Julie

I’m going to miss talking to her on line..

Im going to miss talking to her on face book..

My deepest sympathies to Rick, Bobbi Jo, Roger and Ryan and families. Dianne was a very special person and she will be missed.

Wii miss u my friend

Love you so much… You will be dearly missed…