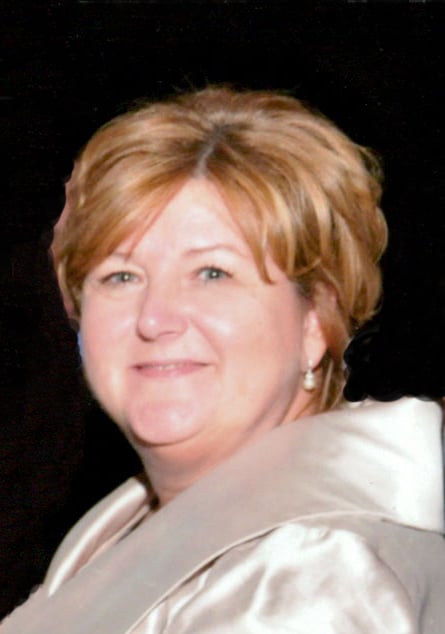 She was born March 1, 1958 in Bellaire, Ohio the daughter of the late Andrew and Vivian McVey Prystasz.

Kelly was a retired teacher with the Switzerland of Ohio School District, a member of the Immanuel Church of Christ in Clarington, Ohio . She was a cheerleading coach for Monroe Central, initiated the National Vo-Tech Honors Society at the Swiss Hills Career Center and an advisor of the Business Professionals of America at Monroe Central.

In addition to her parents, she was preceded in death by her mother-in-law, Virginia “Ginny” McIntire.

Surviving are her husband, Kenneth McIntire, whom she married on September 27, 1980, two children, Andrew (Cassandra) McIntire of Columbus, Ohio and Devon (Trey) Hepburn of Powhatan Point, Ohio. Also two grandchildren, Parker and Scout McIntire both of Columbus, Ohio, her father-in-law, Charles McIntire, her brother-in-law, Preston (Tina) McIntire and her nephew, Dalton McIntire all of Clarington, Ohio. Kelly is also survived by countless people who were all but family.

Family and friends will be received at the Bauknecht-Altmeyer Funeral Homes & Crematory 186 Main Street Powhatan Point, Ohio on Tuesday from 2 to 4 and 6 to 8 pm where services will be held on Wednesday at 11 am with Rev. Steve Rice officiating. Interment in the Powhatan Cemetery in Powhatan Point, Ohio.

Memorial contributions may be made to the Wounded Warriors Project, 301 Grant Street, Suite 900, Pittsburgh, Pennsylvania 15219.

Share your thoughts and memories with Kelly’s family at www.bauknechtaltmeyer. com.

MRs McIntire was one of my favorite teachers and always made class fun and yet educational. Sorry to hear of her passing, prayers with all of her loved ones.

Ken and family,
My deepest sympathy goes out to you at this time . Kelly was a childhood friend of mine and a special lady to many. Marcia

Kelly was such a wonderful and loving person. I enjoyed the ski trips over Super Bowl weekend. My sympathy to Ken and her family. She was one of a kind and will be missed.

May God give you peace during this difficult time. I am praying for you and your family

Ken (Mac) so sorry for your loss. We will be keeping you and your family in our prayers. Thinking of you all.

So sorry to hear of Kelly’s passing. She was such a good teacher—-her students not only learned from her, but loved her as a person. Additionally, she was a wonderful person to teach with. I had the greatest respect for her—-she will be missed by many.

Dear Kenny, Andrew, & Devon, My deepest sympathies at this time during your loss. Your mom was such a special person! We were best friends from kindergarten until 3rd grade when my family moved to Beallsville. Your Grandma Viv and my mom worked together at the Powhatan Clinic for years. I wish there was something I could do to ease your pain but know that God will give you the strength to endure.

Ken, Andrew and Devon…..my heart is so heavy right now that I can’t express how sorry I am for your loss. Kelly was a gem. She made an impact on so many kids and co-workers. She never had a bad thing to say about anyone. I loved her as my friend and will miss her so much. I pray God will help you through this tragedy and that your hearts will heal by remembering the good times.

Ken, Devon and Andrew: So sorry to hear of your loss. I had many fond memories at the Scrapbook Store with Kelly and I always enjoyed her visits. Devon and Andrew: She loved you all very much and was very proud of you both. She would go on forever about what you were doing in your life. Ken: She always had kind words to say about you and always a funny story to tell. You definitely kept her laughing and us too! She will definitely be missed by all who knew her. Please let me know if there is anything I can ever do for you all, as I feel that I know you as my own family through the photos that we scrapbooked together. You were blessed to have her in your life. She would want you to go on making her proud! Enjoy the memories and the scrapbook that she made. They are sure to be a treasure for generations to come.

Dear Ken, Devon, Andrew and families – You have been in our thoughts and prayers since we learned of Kelly’s passing. Your family has been like a second family for our daughters since they moved so far away from home (Vanlue, OH). We wanted to come for visitation but couldn’t work it out. Would like to see all of you next time we get to Woodsfield. It’s amazing how many lives she touched in such positive ways over the course of her lifetime. Please take comfort in knowing you have so many friends. She will be missed by all of us.