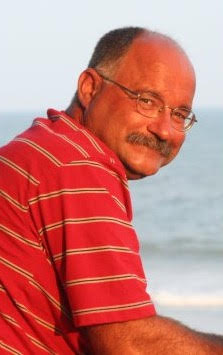 Kenneth McIntire, 58 of Woodsfield, Ohio died Monday June 27, 2016 at his home. He was born December 22, 1957 a son of Charles McIntire and the late Virginia (Brown) McIntire in Martins Ferry, Ohio.

Ken worked for and was Co-Owner of McIntire Cartage and graduated from River H.S. He was a member of the Moose Lodge and loved fishing and westerns. He also enjoyed building sandcastles and was a great shot with a sling shot. He was married to his wife Kelly (Prystasz) McIntire on September 27, 1980.

Ken was preceded in death by his mother and his wife. He is survived by his father and his children, Andrew (Cassie) McIntire of Columbus, Ohio and Devon (Trey) Hepburn of Powhatan Point, Ohio.

In addition he is survived by a brother, Preston (Tina) McIntire of Clarington, Ohio and two grandchildren Parker and Scout along with a nephew Dalton.

Family and friends will be received at the Bauknecht-Altmeyer Funeral Homes & Crematory 186 Main Street, Powhatan Point, Ohio 43942 for a memorial gathering on Saturday July 2, 2016 from 10 am until time of service at 2 pm with Pastor Steve Rice officiating.

Memorial contributions can be made to the USO, Department WS PO Box 96860 Washington, DC 20090-6860 or by going to TMCFunding.com.

Share your thoughts and memories of Ken with the family at bauknechtaltmeyer.com

You are all in our thoughts and prayers at this difficult time.

Sorry for ur loss… Prayers to Tina Preston and family.. God bless

Hugs and prayers for your family

Devon, Andrew, and families, Life shouldn’t be so difficult. Your parents loved you both more than anything, and now are watching over you together. Our thoughts and prayers are with you now and will be as you say good-bye to your dad. Please call if you need anything. We’re always ready to share stories and memories of your parents!

Preston, Tina and family – was so sorry to hear about Ken – you all will be in my thoughts and Prayers!

Keeping all of you in our thoughts and prayers.

No words can express how sad and sorry I am for you Devon, Andrew and all of Ken family and friends.

Preston and Tina You will always be in my prayers. Please remember all the good times and love.

I remember Kenny differently as I hadn’t seen him since the end of high school. He was a great catcher on the baseball team and was always kind no matter what the situation. You could tell he was raised right because he had a caring demeanor and great work ethic. May God Bless You and Yours during this difficult time.