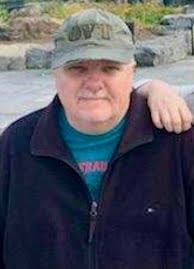 He was born in Bellaire, OH February 20, 1965, son of the late Glenn and Valerie Jones Baker.

Kurt was employed by the Switzerland County School District. He was known as a kind man who would do anything to help anyone.

In addition to his parents, he was preceded in death by his mother in-law, Joyce Spano.

Kurt is survived by his wife, Shirley Baker of Powhatan, OH, his children, Haley Baker, Lacey (Kevin) Baker, both of Powhatan and Kevin Baker of New Martinville, WV. He is also survived by his siblings, Terry Baker, Jackie Potts, Amy Gray and Geraldine Richmond.

A memorial service to honor and celebrate Kurt’s life will be held a later date.

Contributions to assist the family with final arrangement costs can be made by going to TMCFunding.com.

I fondly remember Kurt working at the school. He was such a pleasant fellow, worked very hard and had a lovely family. I send sincere sympathies to Terry and the rest of Kurt’s family. God Bless

Sorry to hear of you loss. I worked with Kurt at the old school. He was always very nice.

Prayers of comfort to his family. He will be sadly missed.

I’ve been crying about this since i heard the terrible news. I started working as a substitute teacher at Powhatan 3 years ago, and became a full time teacher last year. Kurt was always so kind to me. Being in the school now is so strange, I’m so used to seeing him there that I’m always expecting him to be around the next corner.

I feel so awful for both he and his family. I feel awful that our school district didn’t shut down when every other one did, and that this happened to such a kind person. I hope his family finds comfort in these messages, knowing what their loved one meant to so many people.

Rest easy Kurt, I hope you find peace on the other side. We all miss you,

My thoughts and prayers are with family. May God give you comfort.

My thoughts and prayers are with family.

I didn’t know Kurt that well but when I would see him around school he was always so kind and respectful.My prayers to the Baker family.Kurt will be greatly missed by all ❤️

I didn’t really know Kurt that well but I do know he was so kind when I saw him around school.I pray for the Baker family.Kurt will be greatly missed ❤️

So sorry to hear of the loss of Kurt. Was always a great classmate and friend. Rest In Peace❤️