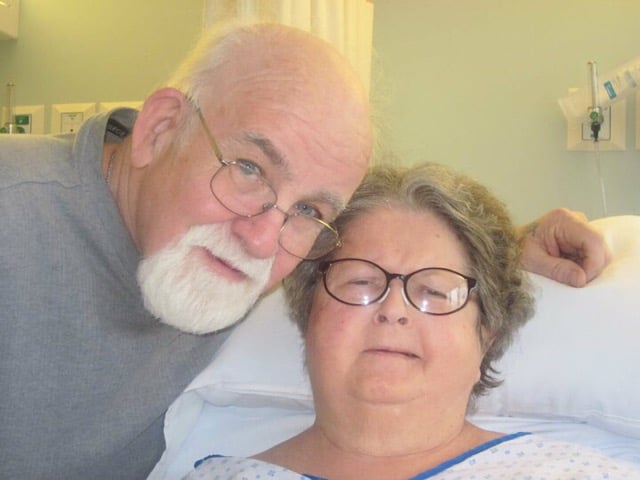 He was born in Bellaire, Ohio on September 29, 1942 son of the late Laurence E. and Margaret R. Jackson Metcalf.

Fred was a loving and devoted husband, father, grandfather and friend, a former employee of the former Rodefer Gleason Glass Company and a graduate of  Bellaire High School, Class of 1960.

In addition to his parents, he was preceded in death by his wife, Joan M. Metcalf on May 23, 2015, whom he was married to for 44 years and took such great care of for the last 16 years of her life and his half sister, Dorothy McCabe.

Although our hearts are broken, we find peace that dad is reunited with his Joanie in heaven.

Family and friends will be received at the Bauknecht-Altmeyer Funeral Homes & Crematory 441 37th Street Bellaire, Ohio on Thursday from 2 to 4 and 6 to 8 pm and Friday from 11 am until time of services at 1 pm with Fr. Daniel Heusel officiating. Interment in the Powhatan Cemetery in Powhatan Point, Ohio.

Memorial contributions may be made for a memorial bench in memory of Joan and Fred to be placed at the Sprenger Health Care in Massillon by going to TMCFunding.com.

Share your thoughts and memories with Fred’s family at www.bauknechtaltmeyer. com.

So very sorry for your loss. Joan was the love of his life. He always talked of his family. He will be missed.

Fred you will be missed!! God Bless and Rest in Peace

Knew him all my life. When I saw him just a week ago today, he was ready to go to a better place. Prayers of comfort for the family…..