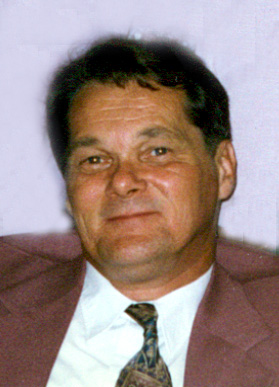 Lawrence Frederick Brown, 77, of Moundsville,WV, formerly of Shadyside, OH died July 9, 2018, at Mound View Health Care Inc. Moundsville,WV.
Larry was born September 25, 1940, in Wheeling, WV a son of the late Herman F. and Esther I. List Brown.
He was a self-employed farmer at his Marshall County farm, worked at the former Stone and Thomas Department Store for 18 years and the Former Cooey Bentz Company for 18 years as well. He was a 1958 Graduate of Shadyside High School, and a member of the Holy Resurrection Eastern Orthodox Church, Steubenville, OH.
Preceding him in death was infant daughter Hope Lenore Brown.
Surviving are a daughter, Heather (David) Ruza of Glen Dale, WV and a son Kevin Joseph (Maria Paula) Brown of Middletown, Delaware, a brother, David Rodney Brown of Shadyside,OH, two grandchildren, Hope Jordan Ruza of Glen Dale, WV and Cole David Brown of Middletown, Delaware, three nieces, Colleen, Christy and Cathy.
Family and friends will be received Thursday from 2 -4 pm and 6-8 pm at the Bauknecht-Altmeyer Funeral Homes and Crematory, 3900 Central Avenue, Shadyside, Ohio where funeral services will be held at 10 am Friday with Fr. Rade Merick officiating.
Burial follows at Holly Memorial Gardens, Pleasant Grove, Ohio.
Pomen Service will be at 6 pm Thursday.
Condolences may be expressed to the family at www.bauknechtaltmeyer.com

Heather and Kevin, I worked with your father at Stone and Thomas and knew him from our youth. He always treated people with respect and kindness. He spoke of his children often. I am sorry for your loss.

Kevin, my deepest condolences to you and your family at this very difficult time. I hope you take the the time to celebrate your father’s life. Please look after yourself and your family. My very best wishes.

I will miss his smiling face and kind heart. Prayers to the family. Erica RN DR Das office

Dave and family,
We are sorry for your loss. May he rest in peace.
Jim and Judie

My deepest sympathy to the family. I remember going to see Santa at Cory Bentz when he worked there.

I send my condolences to all of you! It’s hard to say that last goodbye to your loved one! Celebrate his life and the joy & love he shared & brought to all of you. It’s not the end of life – just imagine the wonderful reunion of going to his family that have gone before him!!! He will only have love & comfort and no more pain! Hugs to all of you – Patti & Jeff Daniels

Sorry for your loss. Prayers for you all. Lee & Vicci Biles, Zanesville, Ohio

My deepest sympathy is with the family. I hold you close in prayer and hope your loving memories will give you comfort.

Always appreciated Larry’s perspective and will miss our conversations. He was gracious with whatever he had and will be greatly missed. My condolences to the family.