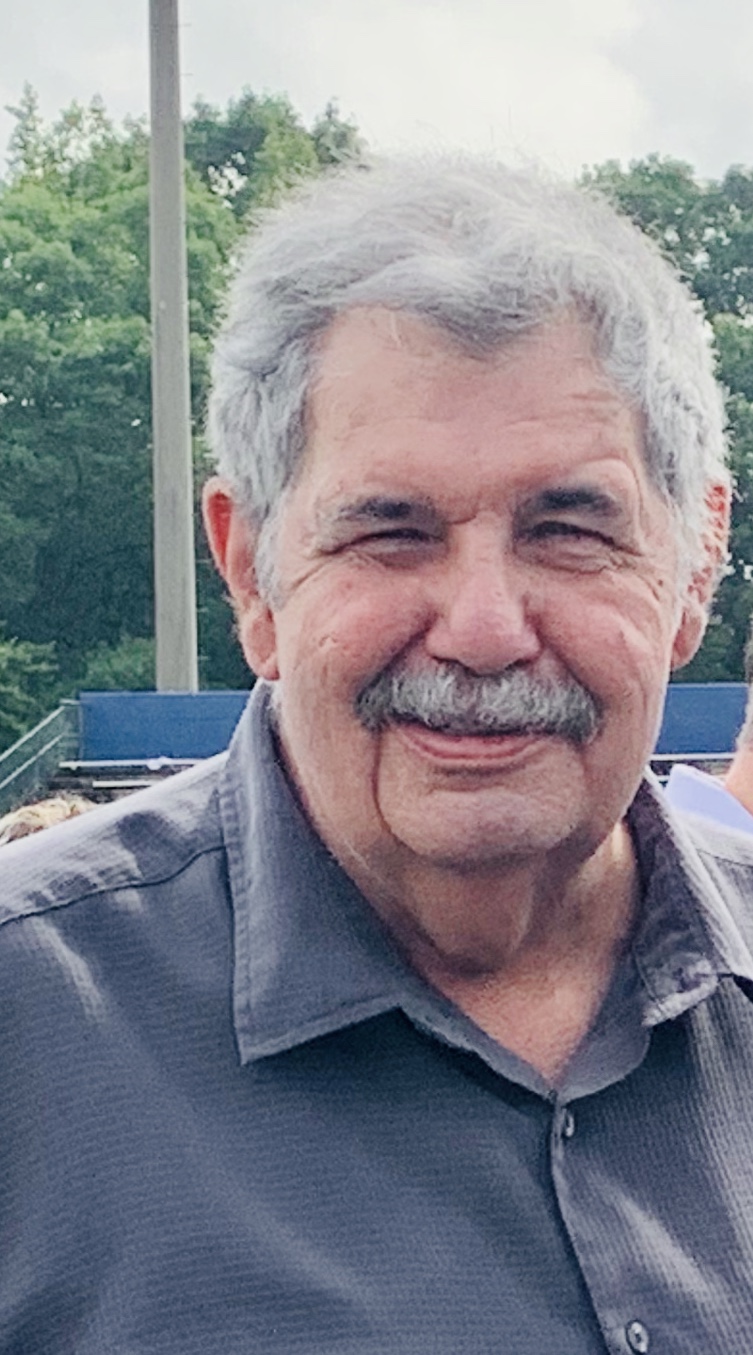 He was born January 30, 1951 a son of the late Lawrence A. and Irene (Semple) Fulton in Martins Ferry, Ohio.

He enjoyed watching Bonanza and Gun Smoke and was a member of the Shadyside Church of Christ.

He was married to his loving wife Barbara on October 20, 1973 and shared 47 years with her.

Frank was preceded in death by his parents and a sister Evelyn Malarski.

He is survived by his wife and his children, Michael (Teri) Fulton of Mooresville, NC, Brady Fulton of Dublin, OH, Bryan (Renee) Fulton of Lisbon, OH and Kimberly (Ernest) Scott of Salisbury, NC.

In addition he is survived by a sister Elaine Miller and his grandchildren, Kaitlyn, Landon, Isaiah, Winter and Jase.

Family and friends will be received at the Bauknecht-Altmeyer Funeral Homes & Crematory 3900 Central Ave Shadyside, Ohio 43947 on Thursday July 9, 2020 from 10 am until time of service at 12 pm with Evangelist Jeff Kent officiating.

Share your thoughts and memories of Lawrence with the family at www.bauknechtaltmeyer.com

Dear Barb and Family;
For you, I can’t even imagine your loss!
There are many things I would like to say, one of them is that I loved Frank as a brother.
Frank and I met in kindergarten !
We were inseparable from that point on – that is – until I left Martins Ferry to go to college after graduating high school.
Life got ahold of both of us and we may have talked once or twice a year by phone if we were lucky.
I suppose we just kept thinking there would be more time, right?
Frank and I loved life together, we fought together, we laughed and cried together when we lived in Ohio.
Frank is my BEST FRIEND and I can’t even tell you how sad I am that I didn’t even know any of this was happening.
I have no Idea what happened or how Frank passed.
A very ironic thing occurred just days after Frank died; I was trying to call his cell phone to talk with him . I had no clue that he had already passed. I left a message for him to call me back. I was late…. I’m so sorry!
In the 1970’s, Frank and Barb came to my home in Washington DC to have a good time and we did.
I had invited 3 or 4 additional best friends and their spouses as well. We drank beer, had cookouts and visited Williamsburg Virginia and Busch Gardens Amusement Park for a day!
I will never forget that day!
I only wish we would have stayed more in touch; but we permitted life to take over.
Please don’t let this happen to you!
Love is the most important thing that God will ask you about when you arrive in Heaven! “Have You Learned To Love?” is the question He will ask.
Frank, Fred and I used to have our own band. Frank was the “front man” and the singer. I played the guitar, Fred had the piano…. and I think Frank worked the drums at the same time! Franks favorite song – and mine – “Louie Louie” by the Kingsmen! Please enjoy Franks performance in your spirit! ……….
https://www.google.com/search?sxsrf=ALeKk001-XTBxp2WGwRXq6hqWKdbyxfq6Q%3A1596509308562&source=hp&ei=fMwoX9m1H8qkytMPrM-eEA&q=louie+louie&gs_ssp=eJzj4tFP1zcsNjAtqyywMDJg9OLOyS_NTFUAkwBwVgiQ&oq=louie+louie&gs_lcp=CgZwc3ktYWIQARgAMggILhCxAxCTAjIFCAAQsQMyAggAMgIILjICCAAyAggAMgIIADICCAAyAgguMgIILjoECCMQJzoKCC4QxwEQowIQJzoOCC4QsQMQgwEQxwEQowI6CAguELEDEIMBOggILhDHARCjAjoLCC4QsQMQxwEQowI6BQguELEDOgsILhDHARCjAhCTAjoICC4QxwEQrwE6CAgAELEDEIMBOgsILhCxAxCDARCTAjoECAAQAzoECC4QClDyEFiDLmDY7QFoAHAAeACAAeABiAHoCpIBBTUuNC4ymAEAoAEBqgEHZ3dzLXdpeg&sclient=psy-ab

I love you Frank! You are my BEST FRIEND and I miss you so much!

Barb:
Wanda and I are so sorry for your loss. Frank was a very kind a generous man and did much over the years to help my parents when they were alive. We are truly saddened for you and the kids in your loss. It was only weeks ago that Frank and I spoke on the phone. I had no idea that it would be our last time to speak with each other. May you and your family find comfort in this difficult time. Bob and Wanda

Frank hung out with me at the gas station when I worked a midnight shift 30 years ago. We would drink coffee together and I spent time with him at his home and with his kids while they were growing up. I had tried to get in touch with him a few years ago but couldn’t find his house in Powhaten. I will always valued his friendship. He gave me good advice but I would never listen to him. I look forward to seeing him in the future that God has promised when he is young and healthy again. Revelation chapter 21 verse 4: “He will wipe out every tear from their eyes, and death will be no more, neither will mourning nor outcry nor pain be anymore. The former things have passed away.”

Barb, Elaine and family. I was so upset to hear about Frank’s passing. Please know that you’re in our thoughts and prayers and that we love you

Barb and Family. So sorry to hear of Franks passing. We shared many good times when we were kids and I am thankful I got to talk to him at Evelyns funeral. He had such a good sence of humor and was a caring and kind man. He will be missed. Love and hugs to you and your family.

So sorry to hear about Frank. You are all in our thoughts and we are sending out comforting prayers to you all. Rest In Peace Frank, Gone But Never Forgotten.

So sorry to hear of Frank’s passing. My condolences to Barb and family. Worked with Frank for many years. Shared many good times with Frank on and off work. He will be missed. Rest in peace buddy.

My condolences to the family of Frank Fulton. Worked with Frank for 37 years, he was a good friend. He will never be forgotten.

Barbara, Mike & Teri and Brady, and the rest of the family. I am so sorry for the sudden and tragic turn of events for your family. Praying daily for you all.

The Hildebrand and Rodgers Families

Oh Kimmy, Momma Barb, and Family.. we are unbelievably sorry to hear about “Father Frank” as we would call him. He was always fun at the house when we would slumber parties.. many moons ago. We know that no amount of words, flowers, cards, can ever take this hurt away. Give yourselves time to heal and never be afraid to reach out to us. We love you all.