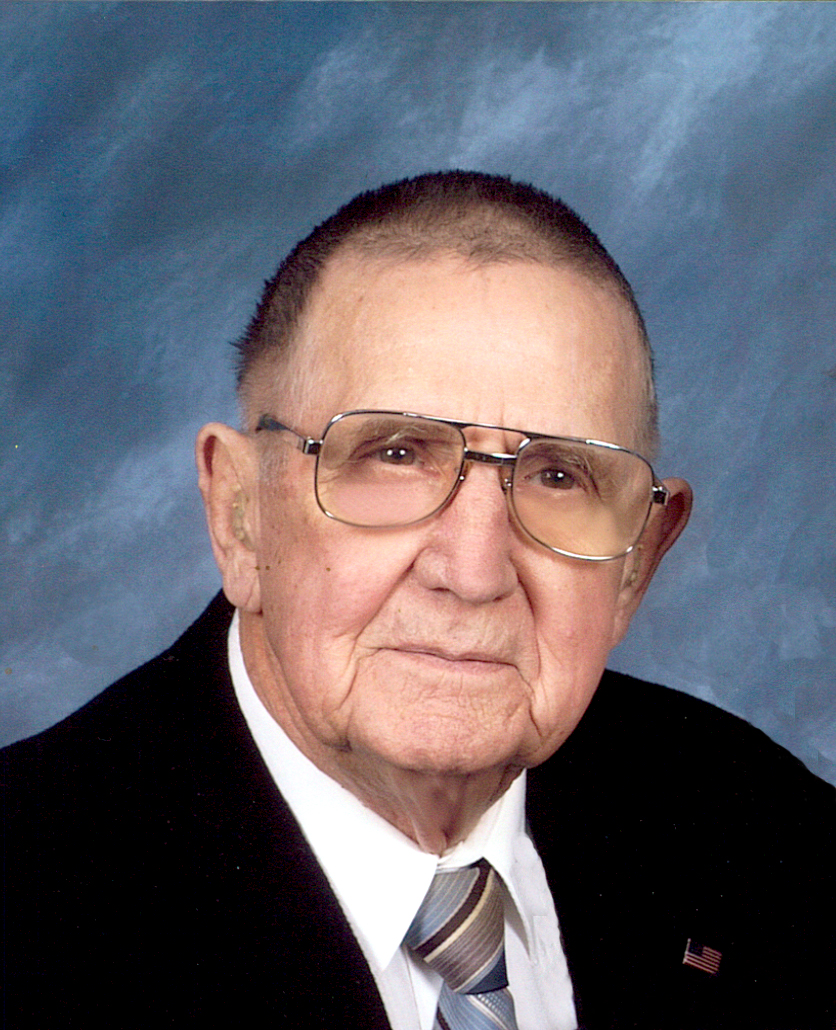 Lawrence was a retired millwright for the former Consolidated Aluminumand Ormet Corporation and a member of the First Christian Church, Disciples of Christ where he served as a Deacon and the American Legion Post 521 in Shadyside, Ohio and  a US Army veteran of World War II. He enjoyed fishing in Canada.

In addition to his parents, he was preceded in death by his wife of sixty-eight years, Grace E. Eikleberry Smith on September 18, 2009, one sister, Clara Mae Jones, one brother, Robert Lee Smith and two infant brothers.

Family and friends will be received at the Bauknecht-Altmeyer Funeral Homes & Crematory 3900 Central Avenue Shadyside, Ohio on Sunday from 4 to 8 pm where services will be held on Monday at 11 am with Pastor Eric White officiating. Interment in the Holly Memorial Gardens in Pleasant Grove, Ohio.

Belmont County Council of the American Legion will conduct Full Military Services at 10:45 am at the funeral home.

Memorial contributions may be made to the First Christian Church, Disciples of Christ, 75 East 39th Street Shadyside, Ohio 43947.

Share your thoughts and memories with Lawrence’s family at www.bauknechtaltmeyer. com.

Dear Becky, Lynne, Marleen, Jeff, and Floyd, My thoughts and prayers go out to you and your families. I was very saddened to receive the message from Becky that Uncle Lawrence had passed away. I remember the last time Tom and I visited Uncle Lawrence and Aunt Grace, I walked into their living room and thought I was looking at my dad Bob Smith. Lawrence looked just like my dad at that time. I am very sorry I am not able to make the trip for the services but a donation will be made to the Church in his Memory. Love you all and please keep in touch.

Marleen Becky and family so sorry for your loss. He is now at peace with his Lord. Our thoughts and prayers are with you and your family

Marleen and Becky and the rest of Smith Family, so sorry for your loss. My thoughts and prayers are with you. Your dad was a nice man and enjoyed going on car runs with Stoney. He is in a better place now.

May your memories of Lawrence R. Smith, give you peace, comfort and strength…

My thoughts and prayers are with the family of….. US Army WW II Veteran, Lawrence R. Smith, “A True American Hero” God Bless†