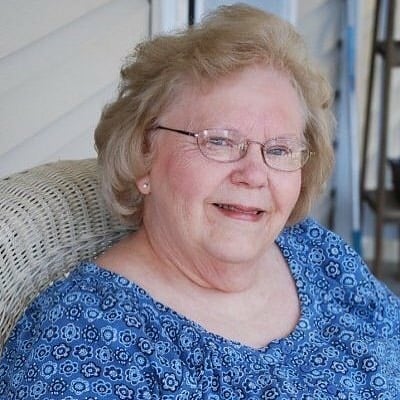 Linda Diane Lindsey Massie, 80 of Powhatan Point, Ohio went to be with her Lord peacefully and surrounded by her loving family on Saturday, February 23, 2019 in the Cumberland Pointe Care Center in St. Clairsville, Ohio.

She was born April 10, 1938 in Armstrongs Mills, Ohio the daughter of the late Starling and Bronwen Jones Lindsey.

In addition to her parents, she was preceded in death by her brother, Alonzo “Jack” Lindsey, sister-in-law, Patricia Massie Algeo and special friend, Harry Knight.

Family and friends will be received at the Bauknecht-Altmeyer Funeral Homes & Crematory 186 Main Street Powhatan Point, Ohio on Wednesday from 2 to 8 pm and on Thursday from 10 am until time of services at 11 am at the Amity United Methodist Church in Steinersville with Rev. Michelle L. Bennington-Lucarelli and Pastor Steve Rice officiating.

Memorial contributions may be made to the Amity United Methodist Church by going to TMCFunding.com.

Share your thoughts and memories with Linda’s family at www.bauknechtaltmeyer.com

In sympathy and friendship to the Massie families. Linda was a classmate of mine. With love, Boots “Ramsay” Snedeker.

So sorry for your loss. I had the pleasure of working with Linda at First National. She was such a sweet lady and loved her family. I truly miss her

Linda was the ‘free candy’ girl in Armstrong Mills when my sister Carole and I would vacation at grandma Lillie Haught’s. Our cousin Dixie Tomlinson (Cook) was very good friends with Linda and we would get invited to the Lindsey store to get free candy and we thought that was great! Great summertime fun with Linda, Dixie, Linda, and the kids from Armstrong Mills. Being from Shadyside (big city girls)…we looked forward every summer to the swimming in Captina creek and great fun.

Floyd and I loved Linda I worked with her at the Bank, a very sweet person, always smiling. Her family has been so good to her. May she rest in peace. Floyd was her neighbor for a long time. Our heartfelt sympathy to all of the family.

So very sorry for your loss. Linda was a nice lady had many good times in the choir. Prayers of comfort for her family.