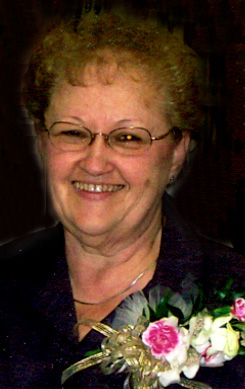 Lois was the retired owner/operator of the Clair Tavern in Clarington, OH and a member of St. John Vianney Catholic Church.

In addition to her parents, she was preceded in death by her husband, Robert Gene “Hoot” Gibson on December 20, 2009.

Friends will be received on Sunday from 2-8 pm at Bauknecht-Altmeyer Funeral Homes & Crematory 186 Main Street Powhatan Point, OH with a Vigil Service at 6 pm.

Funeral Liturgy with Mass will be celebrated on Monday at 11 am at St. John Vianney Catholic Church with Fr. Matthew Gossett as celebrant. Burial will follow in Powhatan Cemetery.

A very special thank you to all people at Stonerise at Home Hospice of St. Clairsville.

Share your thoughts and memories of Lois with her family at www.bauknechtaltmeyer.com

Sending sympathy and prayers for the family. Lois and I were friends and classmates in high school. I remember her being an excellent cook, even back then, in our Home Ec class. Lots of memories from our high school days. I also enjoyed knowing her parents and brother. However, we lost touch in recent years. I know she will be missed.

I am so sorry to learn about this loss. I enjoyed my conversations with her very much. I lived to stop at the tavern when she was working. She was a hoot for sure. Just as I loved stopping to see her mother, Mary, in my younger years. She will truly be missed by all that had the opportunity to know her. God Bless and be free. My condolences to all of the family.

Mariann, Lois and Bobby,
Please accept my deepest sympathy on the loss of your Mom. I have fond memories of visiting my family in Clairington and all of us getting together and playing. She will be missed.

Our deepest condolences to you and your family.

Lodzie was a wonderful lady — always had a beautiful smile for you. Sorry for your loss. Prayers and hugs to the family,

So sorry to hear of your families loss. She was an awesome lady to know.