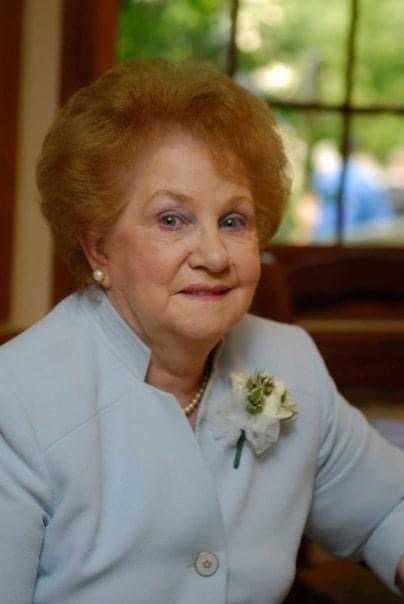 In addition to her parents, she was preceded in death by a son, Brent E. Knight; a son-in-law, Dennis E. Brown; two brothers, William and Marion “Jiggs” Wingrove; a grandson-in-law, Jason Walt.

Friends will be received on Thursday from 10 am to 1:45 pm at Bauknecht-Altmeyer Funeral Homes & Crematory 186 Main Street Powhatan Point, OH 43942 with graveside funeral services at 2 pm at Powhatan Cemetery with Rev. Randy Weaver officiating.

Memorial contributions may be made to American Heart Association by going to TMCFunding.com

Share your thoughts and memories of Lorna with her family at www.bauknechtaltmeyer.com

Lorna was a wonderful woman, preschool teacher and a welcome memory from my childhood. So sorry to hear, she will live on in our memories!

Lots of good memories about this sweet lady!! So sorry for your loss. She will be missed!!❤️

Brian – so sorry for your loss. Your mom was always a beautiful person. My thoughts snd prayers are with you.

I remember conducting a funeral with her many years ago. She was such a gracious, loving Christian woman! Love and prayers for her family as you trust in the Resurrection promises of Jesus!

Lorna’s Family So very sorry for your loss. Lorna was a beautiful lady I had such great respect for. I loved when she preached at our church. She had such great faith and she had a voice that beckoned for you to listen. I enjoyed all times we had together and more. Prayers of comfort for all families. Heaven shines brighter with her smile.

Merritt. I am so sorry for your loss. She was a god fearing women and is now with her lord and family.

Always loved Lorna. I was raised in the Amity church and I always remember her there ready to greet both a smile. She knew the Word that’s for sure. May u have peace in knowing that she is still alive with God our Father in heaven. What a wonderful assurance!!

Lorna was one of the most godly women that I ever met. She was filled to the brim with God’s love and it would spill over on all those who have the privilege to know her. She will be greatly missed but she truly is rejoicing with her Lord.

One of the most admired ladies in Powhatan and beyond. I know in my heart she is with our Lord and Savior Jesus Christ. She fulfilled her duty here on earth as Christ would have wanted. May she now be one of his heavenly Angels. Our deepest Sympathy to Debbie and the rest of the family

Heaven has gained a beautiful angel. Everyone who knew you, loved you. You were a wonderful lady. Rest in peace, we will all miss you.