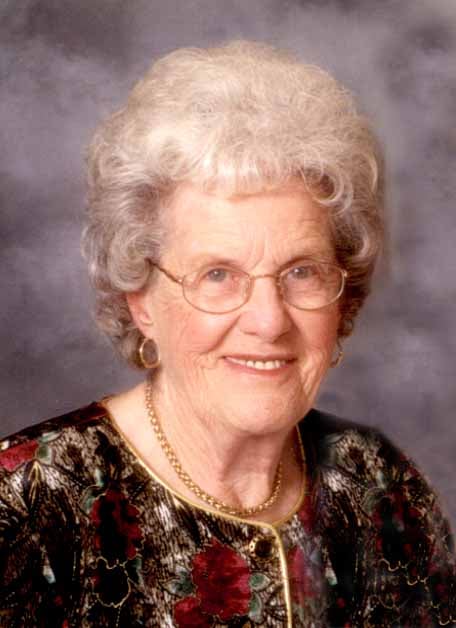 Marie was born June 5, 1927, in Powhatan Pt, OH a daughter of the late Herman H. and Elizabeth M. Steiner Walter.

In 1974, Marie, along with her husband, St. Clair Korner, founded and operated the Clair-Mar Golf Course in Powhatan Pt., which is still in operation today. St. Clair preceded her in death on February 22, 1993.

Family and friends will be received from noon-8pm Thursday at the Bauknecht-Altmeyer Funeral Homes and Crematory, 186 Main Street, Powhatan Pt. OH, where funeral services will be held at 1pm Friday with Reverend Tim Wilt officiating.

In lieu of flowers, memorial contributions may be made to the First Presbyterian Church Powhatan Pt, OH by going to “TMCFunding.com”

Share your thoughts and memories of Marie with her family at www.bauknechtaltmeyer.com

To the entire Korner family, we extend our sympathies to your families in the passing of Marie.

To the Korner Family…I am so sorry to learn of your mother’s passing. I only saw your mom a handful of times, but she and my mom (Hazel Van Dyne Perkins) were life long friends. I always admired how much they loved each other and stayed in touch each year on their birthday with a card. My mom passed in 2012 so I’m sure they are catching up now! My deepest sympathy to all of you. Joyce Perkins Hathaway.

Deepest sympathy to all. So difficult to lose someone who meant so much to so many.

To Judy and family. So sorry to hear of your Mothers passing. She was a wonderful person and always had a smile on her face. She will be missed. God Bless.

Karen and Sherri, Sorry for the loss of your mom and grandmother. May God be with all of you and bring you comfort through this difficult time. Hugs and Prayers.

To the Korner Family, I am so sorry for you loss. Marie was a sweet lady and will be missed. My thoughts and prayers go out to you. God Bless.

Our thoughts and prayers are with you.

So sorry to hear about Marie. She was such a kind and sweet lady. I remember that she was one of the first people I met when I moved to Shadyside as she was on the commission to install me as pastor. Prayers for you as you trust in the Resurrection promises of Jesus! Love and blessings in Jesus!

Joyce and Kathy – So sorry to hear about your Mother’s passing. Know that your whole family is in my prayers and I know your Mother would be so proud of all of you.

My condolences to your family. May God’s promise of the resurrection bring you comfort and hope. (Acts 24:15)