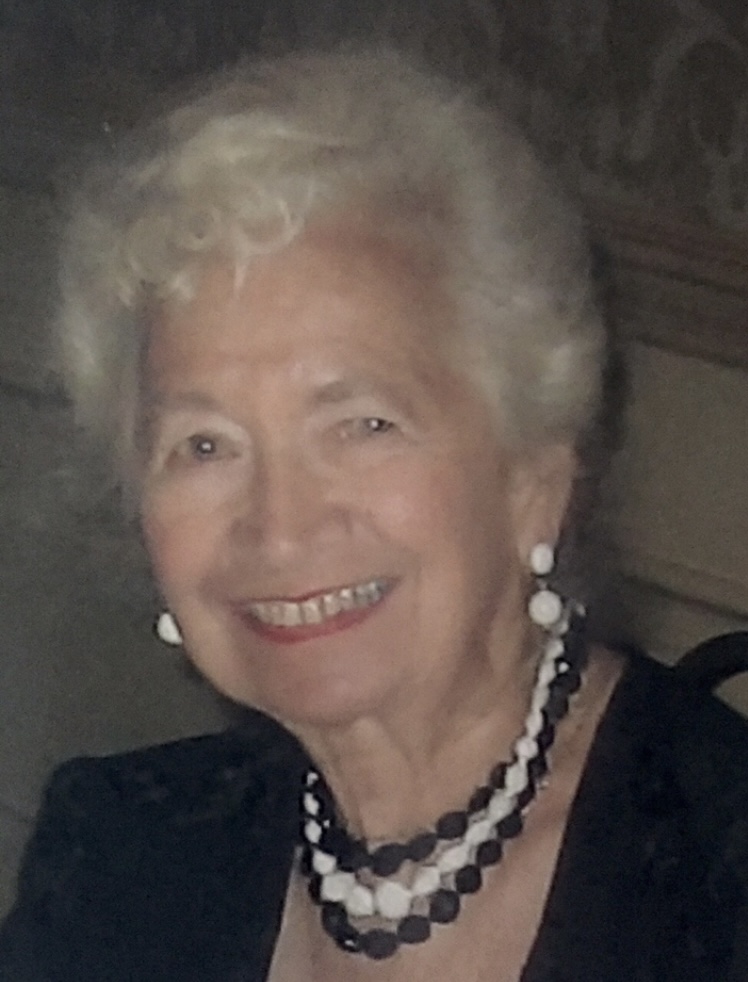 Mary Antalis Georges, 93 of Shadyside, Ohio passed away peacefully on December 31, 2018 at the Wheeling Hospital.

She was born April 19, 1925 in Weirton, WV, daughter of the late John and Stasia (Kyriazoglou) Antalis.

Mary graduated valedictorian in 1942 from Weir High School in Weirton, WV. In 1946, she earned her registered nursing degree from St. Luke’s Hospital in Cleveland, Ohio. After marrying her husband, Danny in 1947 and beginning her nursing career in Cleveland, she returned to the Ohio Valley in 1952 to join her brother, Dr. A.J. Antalis, at the Powhatan Clinic, while also working at Bellaire City Hospital and the Ormet Corporation. She later served as nurse and office manager, working alongside both of her brothers, Drs. A.J. and Jim Antalis, at the Shadyside Clinic.

Mary was a beloved figure for decades in Shadyside and a friend to many. Often known as “YiaYia” by the younger generation, she enjoyed taking long walks around the town and visiting with her friends and neighbors. Although not originally from Shadyside, she made the town her own, and never missed attending any event held nor an opportunity to celebrate all things Shadyside. She was a stranger to no one, and would go out of her way to make anyone feel welcome in her presence. A long-time nurse, she would selflessly make house calls and come to the aid of all those in need. She was especially proud of her Hellenic heritage and loved Greek music, dancing, and her church where she was a member of the Ladies Philoptochos Society.

Above all else, Mary adored her children, grandchildren and great-grandchildren. She will be deeply missed by all those who knew and loved her.

Friends will be received at the Bauknecht-Altmeyer Funeral Homes & Crematory 3900 Central Avenue Shadyside, Ohio on Wednesday from 6 to 8 pm and Thursday from 4 to 8 pm. Funeral services will be held on Friday at 11 am at the Martins Ferry Greek Orthodox Church of the Life-Giving Fountain with Rev. Fr. Michael Ziebarth presiding. Interment will follow in the Powhatan Cemetery in Powhatan Point, Ohio.

Memorial contributions may be made to the Martins Ferry Greek Orthodox Church of the Life-Giving Fountain or the Professor Daniel Georges Scholarship Fund through the Franciscan University of Steubenville or the Marshall County Animal Shelter by going to TMCFunding.com.

Share your thoughts and memories with Mary’s family at www.bauknechtaltmeyer.com.

Angie, Stacey, Peter and families. Please except my sincere condolences regarding the loss of your mother. The Southside lost a beautiful, caring, kind, energetic lady. Her smile was infectious.

My sympathy on the loss of your mother. You & your family our in my prayers.

My condolences on the loss of your mother.

My deepest sympathy to her family. I was blessed to have known her. She was a great lady.

Dr. Georges and family–Angelo–we are so sorry to hear about the passing of your mother, a wonderful person and mother. You and your family are in our thoughts and prayers. Sam and Dawn Nazzaro and family

Stacey & Eric, I’m so sorry about the death of your Mom. She was a beautiful lady which radiates in you Stacy. I’m sorry I can’t make it over but please know you all are in my thoughts and prayers. Love You,

You’re all in my heartfelt prayers and thoughts at this difficult time . Mary was indeed truly extra special , she came to all our local Mended Heart meetings really enjoyed our guest speakers and always had great questions to ask , she loved to learn new and interesting things ! Mary will be greatly missed by all who knew her ! She never drove herself to our meetings , but always managed to get there with the help of friends whom she also got to become members too . She was amazing and will never be forgotten .

Mary was amazing !! She came to all our local Mended Heart Meetings and enjoyed all our guest speakers . She always asked lots of great questions too . She never drove herself , but always managed to find a ride and bring friends with her .Thanks to Mary our membership grew continually , and she never knew a stranger . She will be missed by everyone who knew her !! She is at rest and peace now . You are all in my heartfelt prayers and thoughts !!

Dr. Angelo Georges & Family, What a wonderful woman your dear mother was. Our family sends our thoughts & prayers to you & yours. She was a light in any life that touched hers. May God be with you. The Humway & Humway-Warmuth Family

Angelo and Family we are sorry about the loss of your mother, she was a wonderful person.