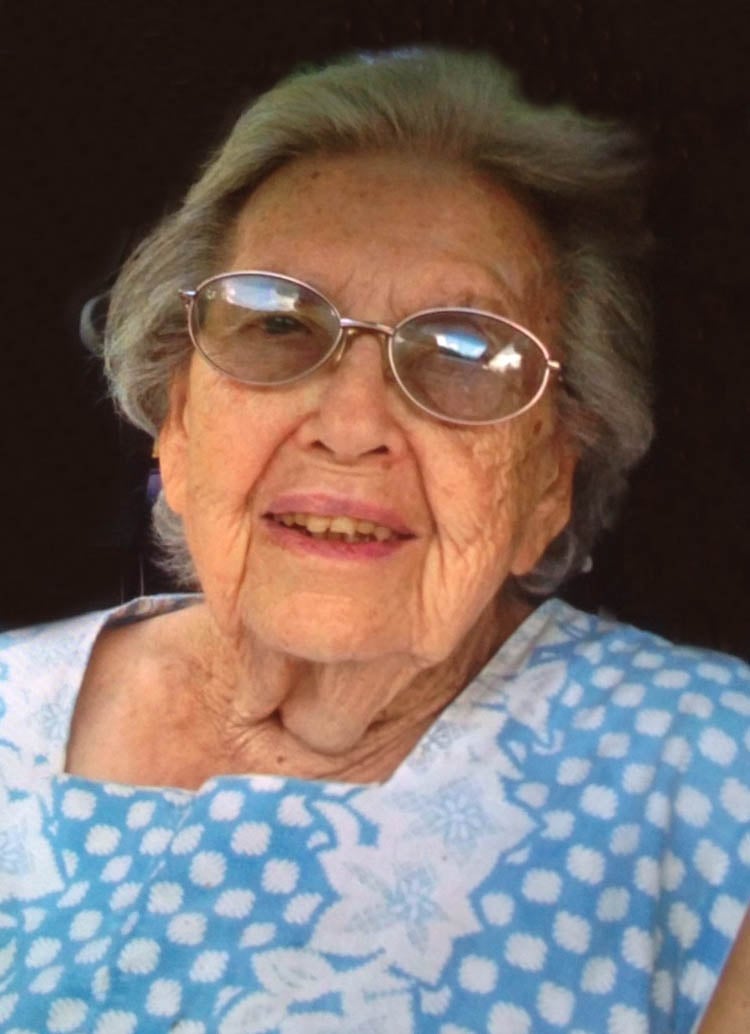 She was born September 30, 1919 in Powhatan Point, Ohio a daughter of the late Henry and Delora Winzenried Arman.

Mary was a Protestant by faith and a homemaker.

In addition to her parents, she was preceded in death by her husband, William Schnegg on June 5, 1985, two sisters, Stella Williamson and Pearl Roberts and two brothers, Earl and Wilbert Arman.

Surviving are her son and daughter-in-law, Glen E. and Marsha Schnegg of Powhatan Point, Ohio and one sister-in-law, Beth Arman of Indiana. Also several nieces and nephews.

Private visitation and funeral services will be held at the convenience of the family with Pastor Lorna Knight officiating. Interment in the Powhatan Cemetery in Powhatan Point, Ohio.

In lieu of flowers, memorial contributions may be made to the American Cancer Association by going to “TMCFunding.com”.

Share your thoughts and memories with Mary’s family at www.bauknechtaltmeyer.com.

Mary was my second mom. I have learned a lot from her in the past years. She was kind, loving and special in every way. I will miss her laugh. My heart goes out to Glen and Marsha, she will be missed.

She was a very sweet lady and a joy to care for in her final weeks at the hospital. Condolences to her wonderful family