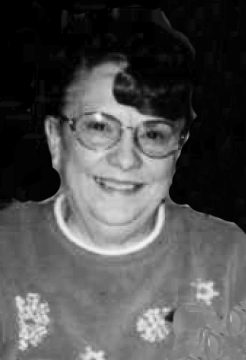 She was born October 26, 1933 in Powhatan Point, Ohio, daughter of the late Stephan Sr. and Susie (Ponchak) Kapak.

Mary attended the Powhatan Presbyterian Church, Powhatan Point, Ohio. When Mary graduated High School, she took a job at the Belmont County Court House in the Probate Department and worked there for 45 years before retiring.

In addition to her parents, she was preceded in death by her husband, Henry Jay Stanley, and two brothers John Kapak and Steve Kapak, two sisters, Ann Dowler and Sue Bayham and a nephew, Bill Dowler.

Surviving is her Brother-in-law, Franklin Stanley of West Liberty, WV, Sister-in-law, Mary Belle Smith of Canton, OH, and a niece, Paula Spence of Cambridge, Ohio and a Nephew Edward Kapak of Powhatan Point, Ohio and many great nieces and great nephews.

Family and friends will be received at the Bauknecht-Altmeyer Funeral Home and Crematory 186 Main Street, Powhatan Point, OH on Tuesday March 16, from 10am until the time of service at 11am.

Memorial contributions may be made to Powhatan Presbyterian Church, Powhatan Point, Ohio, by going to TMCFunding.com

Share your thoughts and memories with Mary’s family at www.bauknechtaltmeyer.com

I graduated from high school with Mary and am so sorry to hear about her passing. She also, while working at the court house, created Tom and My Marriage license. Her signature is still on our paperwork. Sympathy to all her family members.

The Kapak side of my family will always hold a special place in my heart as well as the town of Powhatan Point. Visiting Aunt Mary and Uncle Henry at Christmas time as a child was our family tradition as well as stopping by to see Uncle John and Aunt Vivian and Uncle Steve snd Aunt Betty Jo.
Aunt Mary was talented at ceramics.
She also worked at the county courthouse with Aunt Betty Jo.
She was actually proceeded in death by all of her sibling , John, Steve, my grandma Anna and Susie.
She was survived also by her nephew Eddie Kapak along with Paula Kapak Spence. My father , the late William “Bill” Dowler was also her nephew
Thank you for the memories Aunt Mary and family . You cannot put a price tag on the memories you gave me, my sister and my brother. Rest In Peace Aunt Mary ❤️

Sending love to our family with the loss of our sister-in-law and Aunt Mary. Karen Stanley, Jeremy, Steven, & Mitchell