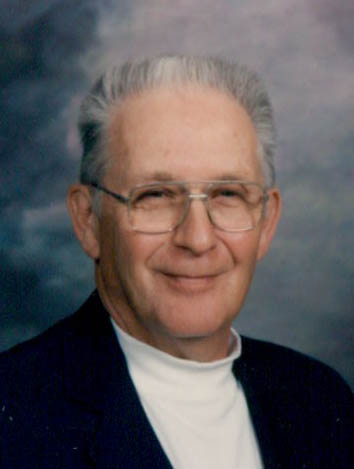 Maurice was a retired employee of Ormet Corp. and a member of St. John Vianney Catholic Church. He enjoyed woodworking, leatherworking and making homemade wine.

In addition to his parents, he was preceded in death by two brothers, Michael and Eugene Mattone; a sister, Mary Elizabeth Timmons.

Friends will be received on Tuesday from 2-8 pm at Bauknecht-Altmeyer Funeral Homes & Crematory 186 Main Street Powhatan Point, Ohio 43942 with a Vigil Service at 7:30 pm.

Funeral Liturgy with Mass will be celebrated on Wednesday at 11 am at St. John Vianney Catholic Church with Fr. Samuel R. Saprano as celebrant.

Memorial contributions may be made to St. Jude’s Children’s Research Hospital by going to “TMCFunding.com”

Share your thoughts and memories of Maurice with his family at www.bauknechtaltmeyer.com

So sorry to hear of Moe’s passing. I remember the days our kids all played together and so enjoyed you all. He was a great friend and so are Lou Ann and the kids. We will miss his great smile and laugh. Willy Dennison, Kim Dennison, Batla, Theresa Dennison Mills, Christina Dennison Smith, and Sandy Dennison-Dougherty. I live in Fl. or I would be there for you.

Christopher, So sorry to hear of your grandfather’s passing. Your family is in my prayers.

So sorry to hear of Moe’s passing. Just saw it in the Beacon and was too late for funeral. What a class act Moe was! I’ve known most of the Mattone family for many years. Was especially close to Milan and Buck and their families. Moe & Lou Ann were such an awesome couple I admired and looked up to! I called Moe the “Wine Master”! Also, quite the artist when it came to woodworking! I will treasure the many pieces I had him make over the years! He taught me how to make Concord Vino close to 25 years ago! He was always proud to talk of his Italian heritage or to brag on the family! Moe was the type of person if he liked you, you knew it, and if he didn’t care for someone, he made no bones about it! A handsome, wise, outgoing, witty, personable, talented, proud, opinionated, fun loving character! Moe had a magnetic personality! He was my kinda guy! I shall always cherish our friendship and the memories! God Bless Lou Ann & the entire Mattone family! Stay strong!

We are so sorry to hear about the loss of Moe. All of you are in our in our thoughts and prayers. The Zajdowicz family.

I was saddened to hear of Moe’s passing. My thoughts are with Lou Ann and the family today. You have many memories, some will make you smile and help get through the sadness. We were all fortunate that he was part of the family for so long.

I always enjoyed talking with Moe we sometimes got to see him while visiting my grandparents (John and Dorothy Mattone.) he was a very nice man.

Milan, I’m so sorry to hear of your family’s loss. May God give you all the strength to get through this difficult time. Your family is in my prayers.

So sorry to hear about Moe. He was a good friend and I remember our good times during our high school days. God Bless.

How sad it was to hear of the passing of my favorite cousin “Nino”. He always was close to us all , and came to visit often. He never forgot family and our proud Italian heritage. He was always there for us during our growing up years ,and even later years when we lived far away, He and Lou- Ann never missed a wedding or celebration. I have always admired him for being a wonderful family man…, and oh what a lovely family, he and Lou Ann raised. The world will be a sadder place without him . Rest in Peace “Nino” Sincerely Juanita Mattone Cordery & Marisa Cordery