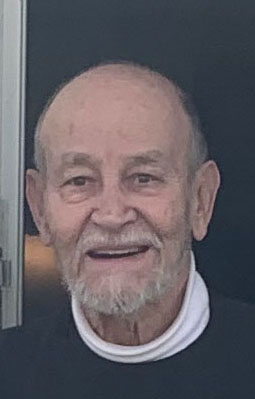 Michael was a retired iron worker with Iron Workers Local 549, a member of the Lincoln Avenue United Methodist Church in Shadyside, Ohio, Bridgeport Lodge 181 F & AM where he served as Past Master and Past District Deputy and Past Patron of the Order of Eastern Star Chapter 452. He was a US Navy veteran serving during the Cuban Missile Crisis.

In addition to his parents, he was preceded in death by a brother, William P. Coey.

Family and friends will be received at the Bauknecht-Altmeyer Funeral Homes & Crematory 3900 Central Avenue Shadyside, Ohio on Thursday from 2 to 8 pm where services will be held on Friday at 11 am with Rev. Seth Filburn officiating. Bridgeport Lodge 181 F & AM will conduct masonic services on Thursday at 7pm.

Memorial contributions may be made to the Bridgeport Lodge 181 F & AM by going to TMCFunding.com.

Share your thoughts and memories with Michael’s family at www.bauknechtaltmeyer.com.

Michelle and the Coey family-
On behalf of myself eastward, I recently thought of all of you and read online of the recent passing of your father, MICHAEL COEY. Truly a man of humble beginnings and accomplishments both personal, professional and fraternal, may his good deeds and service to his family, community, masonic fraternity and country be not forgotten and be rewarded in life everlasting. My sincerest condolences to all of you during your time of sorrow. Respectfully submitted-
David Pelletier, SMSgt, USAF (AFRES)(Ret)
Philadelphia, PA

So sorry to hear of Mr. Coey passing. He was such a good man and will be missed by us all. Always loved chatting with him.
Mike as he’d always say to call him was one of the good ones

Dearest Brenda and family,
My sincere condolences for your loss, you are in my thoughts and prayers during this difficult time.

Prayers to the family. I am sorry for your loss.

Prayers for your family

May your memories of Michael Christian Coey, give you peace, comfort and strength…

So sorry to hear that Micheal had passed away I remember him grom whenI was a child he was our neighbor when we lived in Blaine he always had a smile on his face and was really friendly..He will be missed by many especially his children.REST IN PEACE MIKE.