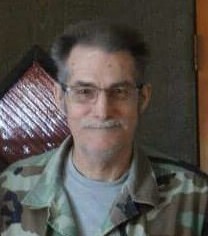 You are probably riding in Ted’s boat, in a sea of stars.

To Mike’s Family, I never got the opportunity to meet you, but grew up with Mike. He was my second cousin. I send my condolences to all of you, but know that he is in a much better place and out of pain.

Rest in Peace Mike, Prayers to my sister and her family, Love you all.

Sara & Ronnie Givens, Leah's grandparents on her dad's side.

We are so sorry to learn of Mike’s passing, we only met him I believe once when we were picking up and/or bringing Leah to or from Nashville, Tn. But we enjoyed his company & remember his kindness & love for his family.

Thoughts and prayers go out to family. I remember Mike was always very kind to me. RIP Mike.

Miss you so much daddy ,.It hurts so much, I know your not in pain anymore