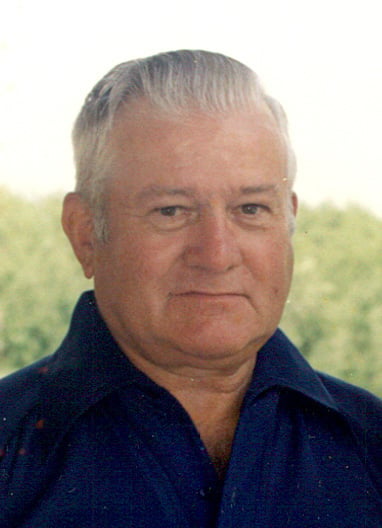 Nile L. Kriechbaum, 92, of Powhatan Point, OH passed away Thursday, October 11, 2018 at Shadyside Care Center. He was born July 8, 1926 in Powhatan Point, a son of the late Sherman and Geraldine Brooks Kriechbaum.
Nile was a retired employee of North American Coal Company # 1 mine, a Christian by faith, a U.S. Navy Veteran of WW II serving in the Pacific Theater.
Nile loved sports, watching his grandchildren play for the Marietta Tigers. He was a big fan of the River Pilots, OSU Buckeyes, Cleveland Browns and Indians, Chicago Cubs, LA Lakers and Pittsburgh Penguins.
In addition to his parents, he was preceded in death by his wife of 67 years, Jean L. Neff Kriechbaum in January, 2017; a daughter-in-law, Pam Caldwell Kriechbaum; two brothers, Dale and John Kriechbaum.
Surviving are two sons, Gary Kriechbaum of Wooster, OH and Bary (Robin) Kriechbaum of Marietta, OH; grandchildren, Kristo (Maria) Kriechbaum, Karmon (Andy) James, Cory (Faith) Kriechbaum and Cody Kriechbaum; great-grandchildren, Theo Kriechbaum, Kailana and Abrielle James.
Friends will be received on Monday from 11 am until time of service at 1 pm at Bauknecht-Altmeyer Funeral Homes & Crematory 186 Main Street Powhatan Point, OH with Pastor Lorna Knight officiating. Burial will follow in Powhatan Cemetery with full Military Honors conducted by the Powhatan Honor Guard.
Share your thoughts and memories of Nile with his family at www.bauknechtaltmeyer.com

Gary and Bary Kriechbaum;
Saw him at football game in Bellaire and as always talked sports, Always tried to say hello and talk to him about the both of you and sports. He was proud of the two of you. You both have Diane and my condolences,
Gary: Appreciated him driving you and I one way to Marietta every week while we were in college. Sorry I had to tell you through website as I do not have your contact information.

May your memories of Nile Lee Kriechbaum, give you peace, comfort and strength…

My deepest condolences. A wonderful man and family. Remember him loving football and going to the games. His devotion to his wife was one in a million.