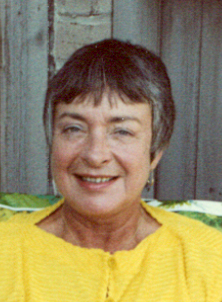 Norma Jean Mayes Mountan 81 formerly of Pittsburgh, PA died Friday September 30, 2016 at her home in St.Clairsville, Ohio. She was born September 29, 1935 a daughter of the late Wilber and Frances (Baldt) Mayes in Clintonville, PA. Norma was a guidance counselor for North Hills High School for over thirty years. She was a member of Newcomers in Wheeling and an avid bridge player. Norma was preceded in death by her parents as well as her son Mark R. Mountan. She is survived by her daughter Tracy Lollone and her partner Richard Linehardt of Wheeling WV and a daughter-in-law Martha Mountan Pucevich of Myrtle Beach, SC. In addition she is survived by a sister Helen (James) Carr of Clintonville, PA and a half brother, Thomas Baldt of Stone Harbor, NJ as well as two grandchildren, Ashley (Anthony) Allen and David Lollone; one great grandson, Lincoln Allen as well as a niece and two nephews. A memorial gathering will be held on October 22, 2016 at Christ the King Church in St. Clairsville, Ohio at 2 pm with Donna Kraus officiating. Memorial contributions can be made to the charity of your choice. Arrangements by the Beck-Altmeyer Funeral Home 204 West Main St. St. Clairsville, Ohio 43950. Share your thoughts and memories of Norma with the family at www.beckaltmeyer.com

I was sorry to hear of Norma’s passing. We were neighbors in St Clairsville and I always enjoyed our chats on my front porch. Thoughts and prayers to her fsmily and friends.

I enjoyed playing bridge with Norma. She will be missed and you are all in my thoughts and prayers.

I was Norma’s Bridge partner on Wednesdays at Belmont Hills Country Club this summer. I am SO SORRY to hear of Norma’s passing. We had such fun playing Bridge together. I will miss her SO MUCH! She was a great lady and a great Bridge player. That was a very nice picture of Norma in the obituary. Regretfully, I will not be able to be at the Memorial Service for Norma. I will be out of town that weekend. You all are in my thoughts and prayers. You have my deepest sympathy.

I thoroughly enjoyed playing bridge with Norma. She was so kind always. We will miss her greatly.

Norma was my “ashtray buddy.” Over the past twenty years we’ve enjoyed many cigarettes together outside bridge games. I will remember her fondly and often.

I have met many nice people playing bridge, and Norma was one of them.
She had a smile and nice word for everyone.

I played bridge with Norma. I will not be able to attend the memorial service but I wanted to let her family know they are in my thoughts and prayers. She was a true lady.