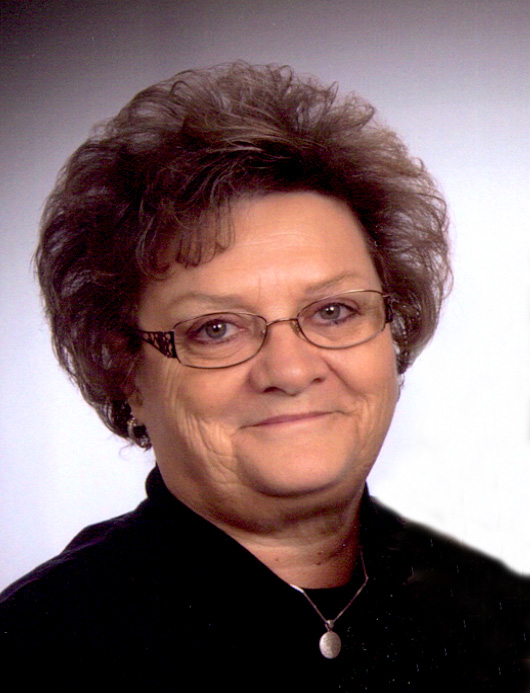 She was born September 19, 1950 in Bellaire, Ohio daughter of the late Mildred Elizabeth Needs Bell and Jay Carlos Bell.

After retiring from Pap’s Corner on Wheeling Island Pam owned and operated Take Pride Cleaning for over 20 years. She was an active member of the Bellaire VFW and American Legion Auxiliaries, the Elm Grove Eagles and Civics.

In addition to her parents, she was preceded in death by her husband and best friend, Tony “Pappy” Lenevich on December 30, 2012. They were married on July 4, 1982 in Glencoe, Ohio.

Pam is survived by her son, Randy Moore of Benwood, West Virginia, her beloved daughter, Ronda Hamilton and her husband Corey of Bridgeport, Ohio, Mark (Tricia) Lenevich of Benton, Illinois, her adopted daughter, Brandi Simmons of Oregon, Wisconsin and her brother, Ken Bell of Oregon.

The light of her life was her nine grandchildren, including, Cody and Lauren Hamilton and Alexis Moore, three great grandchildren including, Isaiah Prayear and many cousins and friends.

Family and friends will be received at the Bauknecht-Altmeyer Funeral Homes & Crematory 441 37th Street Bellaire, Ohio on Monday from 3 to 7 pm followed by a time of remembrance and fellowship at the American Legion Post 52 in Bellaire. American Legion Auxiliary services will be conducted at 6:30 pm on Monday. Private interment in the Davis Cemetery in Bellaire, Ohio.

Memorial contributions may be made to the Bellaire American Legion Auxiliary by going to TMCFunding.com.

Share your thoughts and memories with Pam’s family at www.bauknechtaltmeyer.com

I’m so sorry for your loss. Pam was such a wonderful generous woman. You all are in my prayers.

Rhonda and Family, Sorry I could not be there this evening to express my condolences personally. I want you to know that you and the family are in my prayers. Your Mom and Dad were always so nice to me and I remember those great breakfast at Pap’s Corner after our gigs there. The picture is how I’ll remember her. She looks like she was up to something. It was always great to see her and Tony at the Elm Grove Eagles. She and Tony are together again.

To Mark Lenevich and Pam’s family, May your memories become the strength an comfort in this time of loss. With Sincere condolences from;
Susie Lenevich (step daughter-in-law),
Craig Lenevich (wife/Roberta,child/Faith Marie -great grandchild),
Vince Lenevich (Tony’s grandchildren and Pam’s step grandchildren)
Sharing in your sadness,,,
Love always an friendship.

Our thoughts and prayers are with you and your family.

Rhonda my deepest sympathy to you and your family

Pam you will loved and missed by so many. Love Cindy
Godspeed fly high ❤️

Pam you will be love and missed by so many.
Godspeed Fly High
Love Cindy