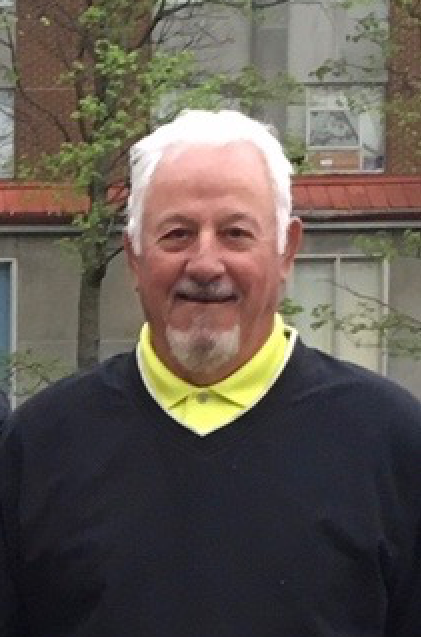 Peter Edward Cook, age 75, passed away on January 15th after a hard fought battle with non-Hodgkin’s lymphoma surrounded by his loving family. He was born on August 7th 1943 in Bellaire, Ohio. Pete was the youngest and last surviving member of 8 children of Paul V and Clare M. (Nolan) Cook. Pete graduated from Bellaire High School in 1961. Pete married the love of his life Joan (Crunelle) Cook of Shadyside, Ohio on July 24th 1965. He was employed by First Energy (Formerly R. E. Burger Plant) of which he retired in 1998 after 35 years. Pete had numerous passions in his life, the most important of which was his family. He was an avid golfer and after retirement joined the Moundsville Country Club where you could always find him pretty much every weekday morning. He and his wife Joan shared the same interests and were able to spend time together golfing, walking, biking, vacationing, spending the winters in Myrtle Beach and most of all enjoying their meals at their favorite local restaurants where everyone enjoyed their company. Pete always looked forward to his family vacations over the years, starting with summer trips with his family to Ocean City, MD early on then to Hilton Head Island. He truly enjoyed watching his grandchildren participate in any and all activities.

He is survived by his beloved wife of 53 1/2 years, Joan: daughter Shawn Bittengle her husband John and granddaughters Jordan and Morgan of Pickerington, OH. Son, Scott, his wife Jennifer and grandchildren Jack and Lily of Cranberry Township, PA. Son Peter, his wife Dana and grandchildren Keenan, Jude and Cali of Malvern, PA. In honoring Pete’s wishes, there will be no visitation, arrangements will be at the convenience of the family.

At the request of Pete donations may be made to The James Cancer Hospital at OSU Wexner Medical Center at TMCFunding.com.

Joan and family, so sorry for your loss. I loved playing golf with Pete, we laughed at each others shots. We tried hard, but with Pete it was fun. I am blessed to have known him. Our condolences. Marty and Sally Strganac

Dear Cook Family,
We are sorry for your loss. Knowing your family we have no doubt the memories made will last a lifetime. Please know we are all thinking of you.

Joan we were so sorry to hear of Pete’s passing. What a wonderful man he was to everyone. My dad had great respect for Pete and told many funny Power Plant stories! Our prayers are expressed to you, Shawn,Scott, and Pete and the entire family which he loved and adored! I When I would see you and Pete walk down Lincoln Ave I often thought what a great couple who complimented each other! We were blessed to call all of you our friends.

Joan, So sorry for your loss, We will miss him deeply. We will make a contribution to the cancer center in Columbus. Our prayers go out to you and your family.

Dear Joan and Family,
I am so sorry to hear of your loss. I have many great memories of Pete and am truly proud to have considered him a friend. His brutal honesty is one of the best traits one can have. His love of you and family was second to none, and we all are truly blessed to have known him.

Please know you are in our thoughts and prayers.

Joan and Family,
We were very sorry to hear of Pete’s passing. I really enjoyed playing golf with Pete when you came down to the beach for the winter. He always made me laugh. Kim and I enjoyed meeting up with you and the rest of the valley people who were also down for the winter. I will miss golfing with Pete and I know he will be missed.
Joe Mack
North Myrtle Beach

Sorry for your loss. Loved playing golf with Pete. He was a really good guy. Will miss playing with him in the future. I know he loved his family.

Joan,
I am so very, very sorry for your loss. I always admired you and Pete as a couple. Sending up prayers for comfort for you and the family. Chere

Joan, we were so surprised and saddened to hear of Pete’s death!He was always so nice to my mom and dad! I will never forget that! You are in our thoughts and prayers as you go through this sad time! May he Rest In Peace!

Dear Joan and Family, we were very saddened about your loss of Pete. Sending Our Deepest Sympathy to you and your family. Beverly and Mark Wilson