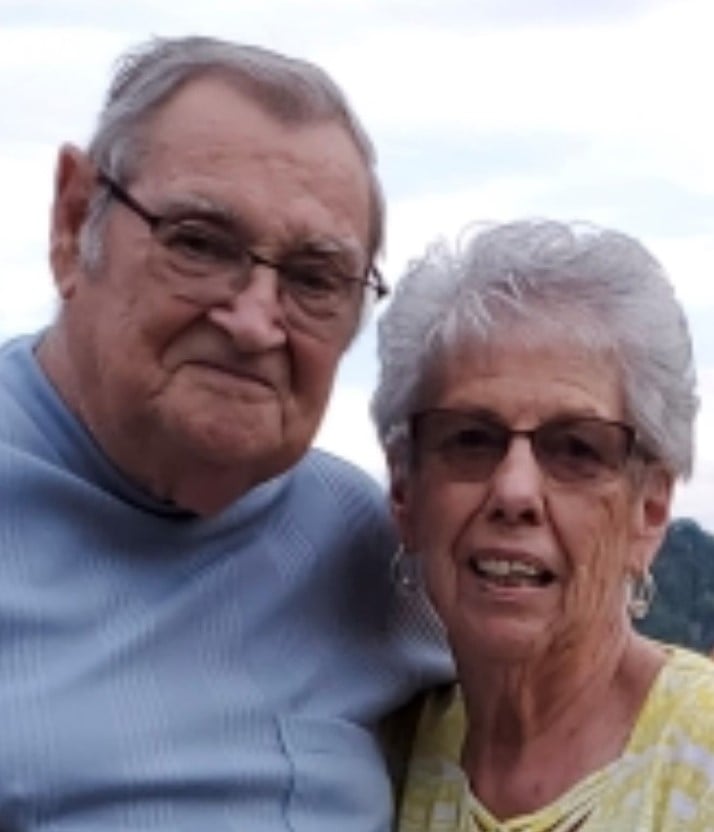 Marcus was a retired Foreman at Conalco, a U.S. Army veteran, a member of both the VFW and The American Legion in Powhatan and member of the Powhatan United Methodist Church.
In addition to his parents, he was preceded in death by a sister and brother, Carolyn Rutter and Jan Saner.

Phyllis was a homemaker, a member of the VFW – Women’s Auxiliary of Powhatan and a member of the Powhatan United Methodist Church.
In addition to her parents she was preceded in death by a brother, Gary Ramsay.

Family and friends will be received on Friday Oct. 8th at the Bauknecht-Altmeyer Funeral Home 186 Main Street Powhatan Point, OH, from 11:00 AM until time of service at 1:00 PM with Pastor Jeff Horner officiating along with the VFW and Women’s Auxiliary.
Interment will follow at Powhatan Cemetery with the Powhatan Point VFW conducting military services.

Grandma I will forever miss you, my best friend my partner in crime always willing to get in the car and go. You called me your angel, but really you were always mine! I love you so much granny you taught me so many things ❤

Our sympathy to the family. We hope you find peace in knowing they are together. I’m sure Grandma has all of Heaven chuckling about something 🙂 They were good people and never knew a stranger. May we all be better people for knowing them.

We send our deepest sympathy to the Saner family. We got to know & enjoy the family when Dave pastored Powhatan UMC. Prayers for all.