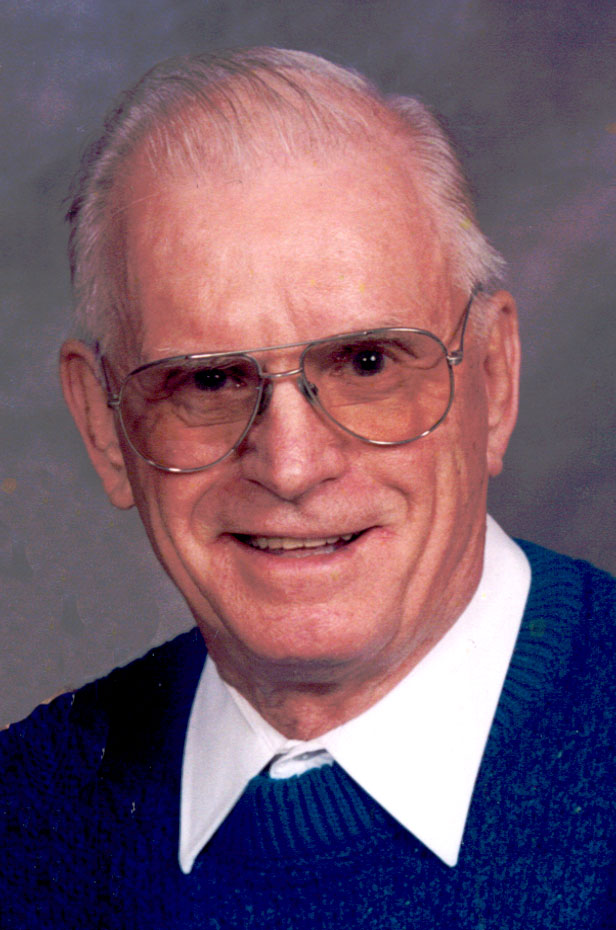 Ralph R. Merryman, 100 of Bellaire, Ohio died Monday, December 28, 2020 at his home. He was born February 14, 1920 in Guernsey County, Ohio son of the late Forest and Mildred Taylor Merrymen.

Ralph was a control room operator for the former R.E. Burger Power Plant, a member and former Deacon and Treasurer of the Brooks Run United Methodist Church, Ionic Lodge 438 F&AM and a US Army veteran, serving with the 82nd Airborne Division in gliders during WWII. He was an avid runner and continued to run the Elby’s half marathon until the age of 72. He enjoyed golf and coached his son’s little league team, he loved cars and he and his late wife, Violet managed the vaudeville style show, Keenagers performing for senior citizens throughout the Ohio Valley.

Ralph’s family wants to give many thanks to his wonderful caregivers, Tammy, Tammy, Donna, Brenda, Shelby and Alarik.

In addition to his parents, he was preceded in death by his wife, Violet W. Wiggins Merryman on June 9, 2014; they were married in Bellaire, Ohio on January 12, 1942, his sister, Loretta Rentfro and brother, Harold Merryman. Ralph is survived by his children, Arlene (Michael) Merryman of Pittsburgh, Pennsylvania and Brett (Nancy) Merryman of Bellaire, Ohio. Also six grandchildren, Alexis (Chris) Parsons of Athens, Ohio, Ashley Kozlowski of Cincinnati, Ohio, Rachael, Brett (Molly), Forrest (Jennifer) and Abbie Merryman all of Bellaire, Ohio, four great grandchildren, Eden and Harmony Radcliff and Kate and Grace Strasburger and serveral nieces and nephews.

Family and friends will be received at the Bauknecht-Altmeyer Funeral Homes and Crematory 441 37th Street Bellaire, Ohio on Tuesday from 2 to 4 and 6 until time of services at 7:30pm with Rev. Seth Filburn officiating.  Ionic Lodge 738 F&AM will conduct services at 7:15 pm.

Interment in the Mt. Zion Cemetery in Bellaire, Ohio at the convenience of the family.

Memorial contributions may be made to the VFW Post 626 Bellaire by Clicking Here or going to Treasured Memories Community Funding (tmcfunding.com). Share your thoughts and memories with Ralph’s family at wwwbauknechtaltmeyer.com.

To all the Merryman family you have our deepest sympathy. Ralph was a true gentlemen with a smile for everyone. He will be missed but has left behind so many memories for you.

I’m so sorry to here of uncle Ralph’s passing. So many memories of Uncle Ralph and Aunt nonie pulling in at grandmas on the weekend with the whole bunch showing up every week and hanging out on the big porch. Uncle Ralphs with Aunt Nonie having a grand time now. Thanks for all your service to our country Uncle Ralph and rest easy and watch over your family.

My prayers and condolences go out to the Merryman family in your time of loss. I’ve been aware of his recent health issues from contact with his son, Brett, and have prayed for him and the family. May he rest in peace with his beloved wife for all eternity and watch over his earthly family until all are reunited in Heaven.

God bless & be with the Merryman family.

To all the Merryman Family….so very sorry for your loss. Ralph was a true gentleman and will be missed terribly. God bless you all in your time of sorrow.

One of the stalwarts of West Bellaire. A strong family man who loved his wife and raised bright, self-assured kids! A war hero, too! Enjoy the rest of eternity with Jesus and Violet, Ralph. See you later!

Sincere condolences to the Merryman family

Our sincere condolences to you folks of the passing of Mr.Merryman. He was a true gentleman and you certainly can recall many wonderful memories from him.

Our sincere condolences on your loss. Hold your memories forever in your hearts.

Our sincere condolences on your loss. Keep your memories in your hearts.