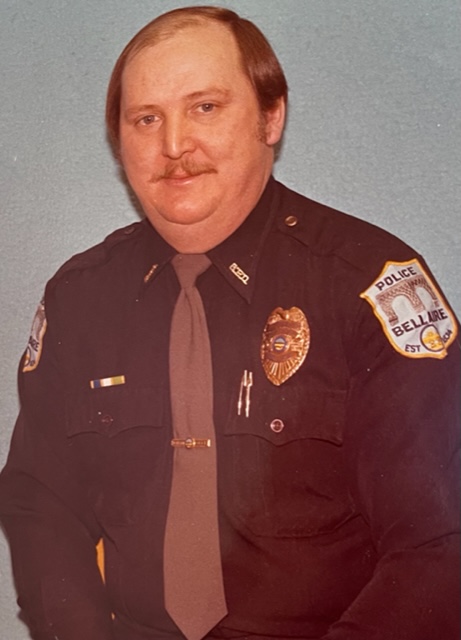 Robert J. Weekley born March 25, 1948 in Bellaire Hospital passed away on Tuesday, September 6, 2022. He was the son of late Edna (Newell) and Charles (Duke) Weekley

In addition to his parents, he was preceded in death by brothers, Charles (Brother), Edward and William, sister, Betty Weekley Johnson and sister-in-law, Jean Weekley, his wife, Donna Beveridge Weekley, and son, Eric Wallace.

He is survived by his sons Jason Weekley, Roger and Greg Wallace and their families, and Eric’s family, sisters-in-law Cathy Lyden Weekley and Lillian White Weekley. As well as several grandchildren, great grandchildren, nieces, and nephews.

After graduating in 1966 from Bellaire High School, Bob worked at Wheeling Steel, Beech Bottom, West Virginia and was drafted into the Army November 1969 serving with the 25th Infantry during the Vietnam War as a combat medic. Bob was awarded the combat medic badge for performing his medical duties while under enemy fire, as well as the Army Commendation Medal, Vietnam Service Medal, Vietnam Campaign Medal, and the National Defense Service Medal.

Following in his father’s footsteps, Bob was a Bellaire Police Officer, as his son, Jason, brothers, Ed and Bill were in law enforcement, also nephews Chuck Johnson and Bill Weekley. While serving as a police officer, Bob received the Governor’s Award in recognition of the selfless act of bravery in saving the life of another as well as the Silver Star for bravery.

Bob retired after 29 years in law enforcement spending his time hunting, fishing, spending time with family and sharing funny stories about his time in the Army and as a police officer with Mike Kovalyk and Greg Harris. He also enjoyed sitting on his porch and talking with neighbors.

Bob was a member and past commander of the VFW Post 626. He was also a member of the American Legion Post 52, Grand Lodge of the Masons 438, Marshall County Hunting and Fishing Club, Sons of Italy 754, Bellaire Eagles, and Neffs Rod and Gun Club.

In lieu of flowers, memorial contributions can be made to Bellaire Police Dept., Neffs Fire Dept., and Belmont County Sheriff’s Dept. or the donor’s choice of charities.

Family and friends will be received on Friday September 9, 2022 from 4pm to 8pm at Bauknecht-Altmeyer Funeral Homes and Crematory, 441 37th Street Bellaire, Ohio. Family and friends will also be received on Saturday September 10, 2022 from 10am until time of funeral service at 11am with Pastor Jim Lish officiating with services from VFW Post 626. Interment to follow at  New Greenwood Cemetery Bellaire, Ohio.

Sorry for your loss ! Rest in peace! Love you uncle Bob!

I never had the pleasure to meet Bob but his grandson dates my daughter and I heard funny stories from her she even tried and made for him his favorite pie. From what I have read he was a special man. May he rest in peace and be with his family. Blessings to you Bill I am truly sorry for your family’s loss. Think of the happy times shared!

Sad to hear of my cousin Bob’s passing. Whether running into him at the occasional family gathering or on the streets of Bellaire when he was a police officer back in the day, he was always great to engage in conversation. May he rest in peace.

So sorry for your loss, May God Bless Bob and comfort his family!🙏🙏🙏❤️

Our entire family sends condolences to Bob’s family. He was a dedicated officer, father and friend to all. RIP

I was heartsick when I heard of Bobby’s passing. He had told me about his heart l problems .a few years ago. He is now with his beloved wife whom he missed terribly. RIP Bobby in the arms of our Lord and Saviour Jesus Christ. You served your country well.

May your memories of Robert J. Weekley, give you peace, comfort and strength…

Sure had a lot of laughs with that guy. He’s one of a kind. So sad to hear of his passing.

Was so sad to hear about Bobby’s passing~~they were our good neighbors back when I was growing up~~good people, all of them! Prayers going out for the family!

I was shocked to hear that Bob had passed! Growing up he had been a neighbor, classmate, friend, and cousin to my brother-in-law. All the time I knew him, he never spoke of Vietnam! He apparently saw too many young men pass away before his eyes. Thank you for your service, Bob, and may you now Rest In Peace! Tell my Big Bro, Del and my buddy, Jack, Cork says hello!