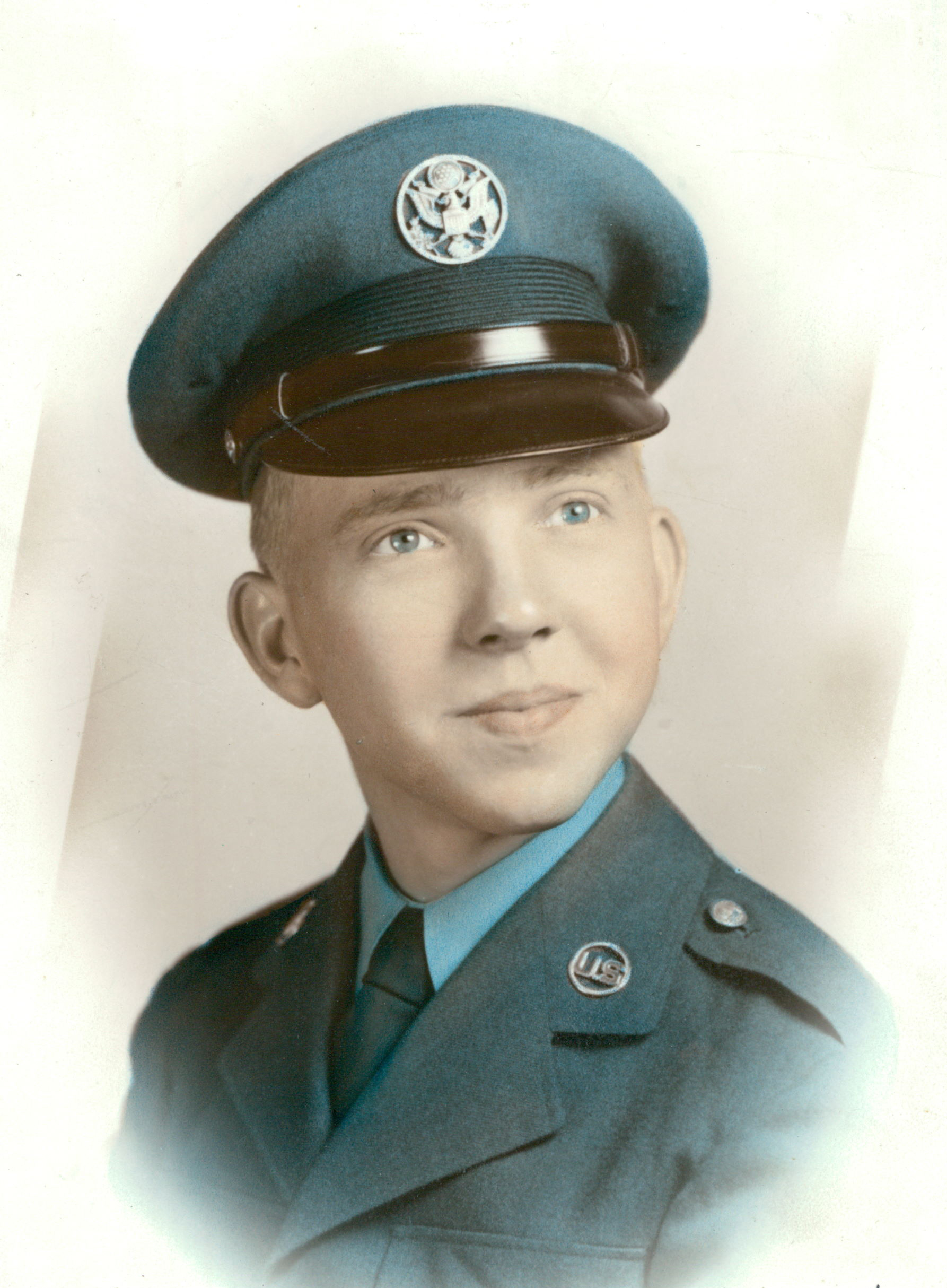 Robert Putsock 85, of Powhatan Point, Ohio died Thursday February 25, 2106 at his home surrounded by his loved ones.

He was born October 25, 1930 a son of the late John and Mary (Gavlick) Putsock in Bellaire, Ohio.

Robert graduated from Powhatan High School and served his country in the Air Force. He worked for Ormet as a lab analyst for 30 years.

He was an avid boater and loved to ski.

He was married to his wife Antionette (Voleck) Putsock on October 19, 1957 and shared 59 wonderful years with her.

Robert was preceded in death by his parents, a brother, John Putsock, and a sister Mary “Toots” (Jack) Donovan as well as a son-in-law Rick Bonar.

Family and friends will be received at the Bauknecht-Altmeyer Funeral Homes & Crematory 186 Main St Powhatan Point, Ohio 43942 on Monday February 29th 2016 from 4-8 pm and on Tuesday March 1st from 11 am until time of service at 1 pm with MSGR. George Coyne officiating.

Burial will follow at Powhatan Cemetery where full military honors will be conferred by the Belmont County Veterans Association.

Memorial contributions can be made to Medi Hospice 68150 Bayberry Dr. St. Clairsville, Ohio 43950.

SO SORRY FOR YOIUR LOSS, PRAYERS WE ALL WENT TO SCHOOL TOGETHER

Prayers and thoughts are with you. Sorry for your loss. You have great memories to cherish.

Antoinette, Susie , Bo and Family, Please know you are all in my thoughts and prayers, you are a wonderful family who I dearly love. Connie

Thoughts and Prayers to the family. Bob was such a caring man,I’ve known him since I was a kid. Took me on boat rides and even let me have a pj party on his boat. I will always remember the good times. Rest now. Love ya ?

So sorry for your loss, prayers for the family at this difficult time

Thoughts and prayers to the entire family during this difficult time. Paul and Katrinka Durig

Kayleigh and Craig, I’m so sorry to hear about your grandfather. I wish I could be there with you. I’m with you in thought and prayer.

May your memories of Robert Putsock, give you peace, comfort and strength…