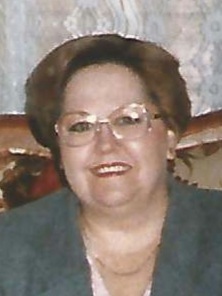 Roberta L. “Bobbi” Ponsetti, 75 of Bellaire, Ohio died Friday, January 8, 2021 in her home. She was born April 20, 1945 in Philadelphia, Pennsylvania daughter of the late Robert and Aluetta Mina Clerc Schwartz. Bobbi was a retired registered nurse and attended the Church of Christ. In addition to her parents, she was preceded in death by her husband, Thomas C. Ponsetti on October 16, 2018, her daughter, Annette Ponsetti, who also died in the house fire and one sister, Carol Palicka.

A Memorial visitation and Celebration of Bobbi and Annette’s lives will be held at the Bauknecht-Altmeyer Funeral Homes & Crematory 441 37th street Bellaire, Ohio on Wednesday from 2 pm until time of services at 4 pm with Pastor Eric White officiating.

Memorial contributions may be made to Belco Works by CLICKING HERE.

Share your thoughts and memories with Bobbi’s family at www.bauknechtaltmeyer.com.

We are so shocked and saddened. Our best goes out to all of you. We share great memories and now in your grief.

My heart breaks for all that are left behind. Prayers for everyone.

Ashley, Paul and Tom. I was so very sorry to hear of Bobbi & Annette’s passing. Bobbi and I worked so well together at NPHS. She was very helpful & we had the same work ethic. I always loved seeing Annette. She was so happy and gave great hugs! I will never forget Bobbi as she was very special to me. She painted a picture for me, and every time I look at it I think of her.❤️

We are so sorry to hear of your loss. Our sincere condolences for all who loved Bobbi and Annette. George and Gina Miller

There are no words only tears and hugs being sent to the Ponsettis. So sorry….

There are no words to tell you how my heart aches for all of you. I’ve known your family for many years thru my nursing career at (the former) Bellaire Clinic and Belco Works. May wonderful memories fill the void Mom & Annette in your heart. May God bring you PEACE. GRIEF is the price of LOVE.

So sorry to hear of this tragic loss. I met Bobble in nursing school over 30 years ago. Over the years I did lose contact with her. She was truly a remarkable person and nurse. She spoke often about her family. The loss of her and daughter is beyond words. May God watch over her family and protect them with his grace.

I can’t tell you how very sorry I am for your loss. I know it takes time to heal but remember the words found at 2 Corinthians 1 :3-4 there it talks of God being the God of “Tender Mercies’ and that he is the God of “All Comfort”. I pray Jehovah will give you comfort.