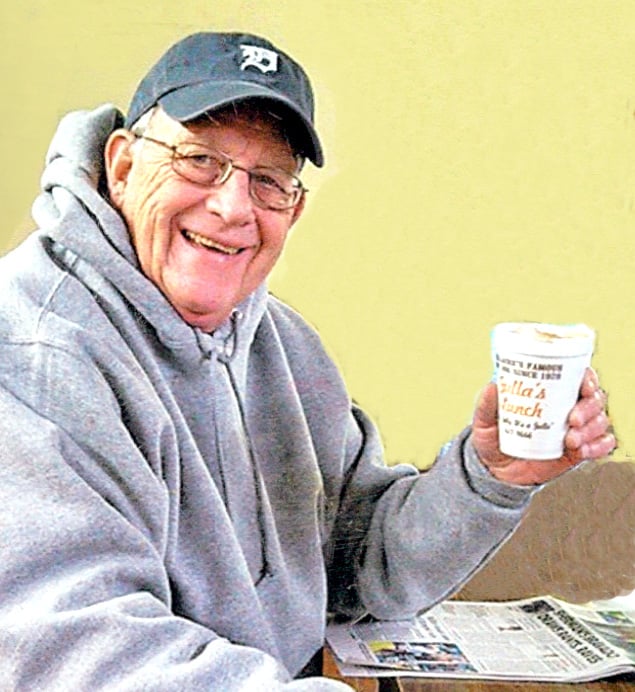 Rodger was born October 25, 1942 in Martins Ferry, Ohio a son of the late Paul and Margaret Gross Brown.

He was a Union Master Barber and owner operator of Rodgers Barber Shop in Bellaire, OH for 43 years.
He was a member of St. John Catholic Church Bellaire, OH, the Bellaire Lions Club, He was an avid golfer and a member of the Moundsville Country Club.

Preceding him in death, in addition to his parents, were an Infant sister, Odette Brown, a sister and brother-in-law- Dolores and Joseph Suriano.

Family and friends will be received 2pm-8pm Sunday, September 20, 2015 at the Bauknecht-Altmeyer Funeral Homes and Crematory, 441 37th Street Bellaire, Ohio, Funeral Liturgy with Mass will be at 2pm Monday at St. John Catholic Church Bellaire, Ohio with Fr.Daniel Heusel as Celebrant.

Interment will be at the convenience of the family at Holly Memorial Gardens, Pleasant Grove, Ohio.
Vigil will be at 7:45pm Sunday.

Memorial contributions may be made to, St. Jude Children’s Research Hospital or the Cleveland Clinic Children’s Oncology.

The family extends a special thanks to Medi-Home Care and Hospice nurse Carol for her compassionate care.
Condolences may be expressed to the family at www.bauknechtaltmeyer.com

Joanie, Cindy & Mary-Margaret,
So sad to hear of Rodger’s passing. I am sorry I was out of town that weekend. All my memories of Rodger involve lots of laughter. He was a good person and and a fun friend. You all are in my thoughts and prayers. My deepest sympathy to you. The best people come from Bulltown. Take care.
Love, Kathy

Joan and family you are in my prayer with the lost of Rodger. I did not know he was ill at
our 55 year class reunion. You have my sympathy. Think of all the good wonderful times you and Rodger had in your life together. That is something that can never be taken away. Be strong.
Dorothy Jean

My sincerest condolences to your family. Rodger gave my son Trent his very first haircut 19 years ago.

Rodger was a very good person and had a kind heart. May God Bless Rodger and his family.

So sorry to hear about Rodger. I was so glad I got to visit with him at the reunion in May.

So sorry to hear about Rodger. I was so gald I got to visit with him at the reunion in May.

Joanie, I was shocked when I saw Rodger’s obituary in the paper. Carole and I would like to express our most sincere condolences to you and your family. He sure was a good friend and I’ll miss him. Ed & Carole McCorkle Sr.

Joanie,
So sorry to hear of Rodger’s passing. He was a unique character. I always enjoyed talking to him through the years when I took Grant and Tyler for their haircuts. If fact I think Grant would drive home from Columbus just to get a haircut from Rodger. You and your family are in our thoughts and prayers. With deepest sympathy. RIP, Rodger.
Craig and Jill Allen

Sorry for your loss,may God bless Roger and your family.

Mrs. Brown,
I am so sorry for your loss. Her husband is someone I very much enjoyed seeing over the years at the kids birthday parties. He always made me laugh with his unique wit. He will be missed. You are in my thoughts and prayers.